CD Review: Okay Paddy - The Cactus Has A Point 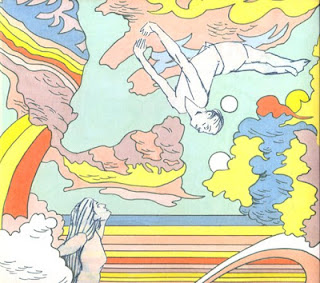 Here’s a review that ran in the April, 2006 issue of the Illinois Entertainer. Although it’s credited to my name, I have no recollection of ever listening to it. It’s possible that could happen since I’ve written tons of reviews for the publication since 1987, but this is from only six years ago, and apparently, I liked the band.

In researching Okay Paddy on the Internet, I came across another positive review of The Cactus Has A Point, on the Willfully Obscure blogsite, posted on May 18th, 2012. Willfully Obscure apparently focuses on lesser known power pop and indie rock releases, and seems to be a pretty cool site.

So anyway, here’s my take on the CD. If by some chance, I didn’t really write this, and it was actually an error on the part of the Illinois Entertainer, feel free to let me know. On the other hand, if two separate blog posts about Okay Paddy spark renewed interest in the band and bring about a revived career, Willfully Obscure and Broken Hearted Toy will deserve the credit.

Irresistible melodies and an affable lead singer keep the featherweight songs on The Cactus Has A Point from being inconsequential. “Your Bat’s On Fire” is a rough-edge start, but from there, songwriters Pat Finnerty and Mike Quinn settle into Pet Sounds mode. The band subverts its classic pop approach with adventurous instrumentation, and some tracks restart and take off in a different direction just when it seems they’ve ended.

The romantic “Oo-Man, la World” presents Okay Paddy doing an impressive Beach Boys impersonation. Other catchy gems include “Time For A Tailor,” a whimsical poke at modern fashion, and “Fraktur,” which features shimmering guitars and lush harmonies. The psychedelic “Lighter Later” drifts by like a dream, and “Furrier” gets an engaging homespun arrangement. The guitar-driven “Where’s The Taste?” proves Okay Paddy us quite capable of rocking a little harder.
Posted by Terry Flamm at 11:05 PM