Under The Influence - Part Three 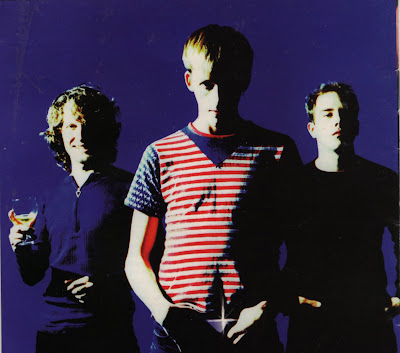 With five days left until The Hollies are inducted into the Rock And Roll Hall of Fame, it’s time to take another look at Sing Hollies In Reverse, the 1995 various artists compilation recorded in their honor. Here are three more highlights from that tribute CD.

The Wondermints are a power pop act that has artfully mixed lush vocals, clever lyrics, and inventive arrangements on CDs like Bali and a self-titled 1996 effort. The band frequently contributes to tribute albums, and members Darian Sahanaja, Probyn Gregory, and Nicky Walusko are part of Beach Boy Brian Wilson’s critically acclaimed band when he goes out on tour. On Sing Hollies In Reverse, The Wondermints give “You Need Love,” one of The Hollies better album tracks, an energetic arrangement that has more of an edge than the original while still maintaining a definite 1960s feel. Sahanaja’s keyboard playing add an additional texture to the song.

Formed in the early 1990s, The Continental Drifters mixed roots rock with power pop on CDs like Vermillion and Better Day. With a lineup that included Peter Holsapple from The dB’s, Vicki Peterson from The Bangles, and Susan Cowsill from The Cowsills, it was a cinch the band would electrify the early Hollies single, “I Can’t Let Go.” Robert Mache nails its classic guitar intro and Cowsill does a great job singing lead. The vocals and instrumentation are nearly identical to the original, with the main difference being the co-ed harmonies provided by Holsapple, Peterson, and drummer Carlo Nuccio.

Material Issue would get its own tribute album with Just What This World Needs in 2000, but back in 1995, the Chicago power pop trio brought its distinctive sound to one of The Hollies’ best known hit singles. Jim Ellison’s vocals are immediately recognizable on this revved up version of “Bus Stop,” making it sound like it would have fit right in on Material Issue’s impressive debut, International Pop Overthrow. The Chicago band excelled at cover versions, particularly “Kim The Waitress” on Freak City Soundtrack, and a cover of “Run To Me” on the Bee Gees tribute CD, Melody Fair.

Index: Material Issue, The Bangles, The dB's, The Hollies