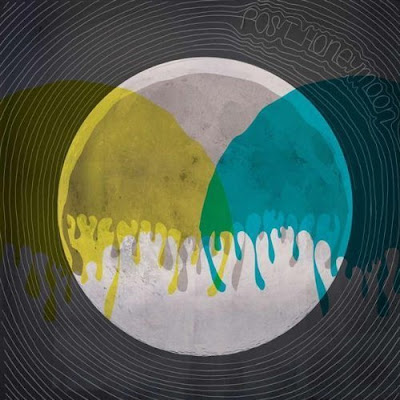 Here’s one of the more unusual CDs I reviewed for the Illinois Entertainer in 2009. I can't imagine throwing this on at a party, but it's an intriguing work nonetheless.

Post Honeymoon’s self-titled debut is so relentlessly gloomy, a song about enduring the full wrath of Hurricane Katrina serves as one of its lighter moments. Disturbing images of destruction, murder, and betrayal abound here, set to sparse goth/punk arrangements. The duo is comprised of singer/keyboards player Rachel Shindelman and bassist/drummer Nick Kraska, both of whom played with two of Chicago’s more interesting bands, Bang! Bang! and New Black.

“Dirge,” set to traditional Creole funeral drum beats, effectively conveys both the dread of the hurricane’s approach and the bitterness of its aftermath when no one wants to help. A bottom heavy arrangement augments “The Night Before,” a tale of covering up a murder while the energetic “Night Guard” describes the terrors of living in a police state. On “Little Messes,” Shindelman taps out a melody similar to Blondie’s “Rapture” while she describes a little girl who discovers she would have had older siblings if her parents hadn’t killed them for misbehaving and buried them in the rose garden.