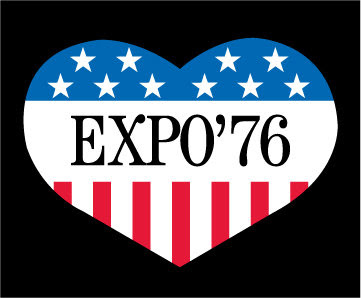 Some people just seem to be perpetually involved in creative endeavors. Like my former co-worker Heather Svoboda, who at last count was performing in 500 improv groups, and was contemplating a go at stand-up. She also performed in a scripted show with Black Forest Theatre. I might be exaggerating about the number of her improv groups, but you can find out for yourself when one of them, The Fling performs March 13th at The Playground Theater at 3209 North Halsted in Chicago. The Senate and The Basic Eight are also on the bill. The show starts at 8PM.

I’m tempted to say that Dag Juhlin has played in at least 1,000 different rock bands, but the thumbnail bio on his Facebook page says it better: “Entertainment professional since 1910.” I have a 45 record, an LP and a CD by The Slugs, one of Juhlin’s first groups; I saw him with The Greenwoods at International Pop Overthrow; and I saw him open for The Hoodoo Gurus at The Abbey Pub with The Goldstars. He has also taken part in tributes to XTC.

Now, Juhlin has this EXPO'76 thing going on, and their next show is March 10th, at Simon’s Tavern, at 5210 North Clark Street in Chicago. The band’s blog states that this is the beginning of a residency at the club, so those of us who can’t make the March 10th show can look for them on second Wednesday of next month.

From what I can make out, EXPO’76 is a covers band comprised of four rock and roll veterans. In addition to Juhlin on vocals and guitar, the lineup includes Kenn Goodman, the founder of Pravda Records and member of The Service; Ralph Baumel; and John Carpender. The band covers anything from new wave to jazz and folk, with a set list that includes “Laughter In The Rain” by Neil Sedaka,“You Didn’t Have To Be So Nice” by Lovin’ Spoonful, “Cruel To Be Kind” by Nick Lowe, and “Fire” by Bruce Springsteen.

Juhlin usually finds a unique way to hype his performances. For one of the XTC tribute shows, he taped himself manning a fictional XTC Reunion Hotline, where he mostly dealt with inquiries about ELO, ELP, and in one case, an embarrassed caller seeking help with an STD. The take away message: there aint going to be no XTC reunion, so see this tribute instead. For the EXPO’76 March 10th gig at Simon’s, he’s claiming the club originally planned on holding a Lil’ Wayne Defense Fund Charity Auction, but it was canceled, so his band agreed to fill in at the last minute. EXPO’76 goes on at 8:30PM. There is no cover charge.