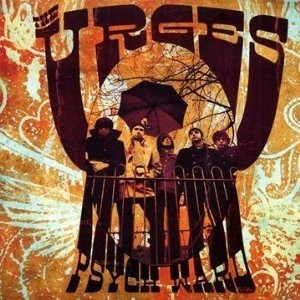 On St. Patrick’s Day, it’s customary to reflect on the many great musical artists that have come from Ireland, including U2, Van Morrison, The Cranberries, The Undertones, Rory Gallagher, Thin Lizzy, The Pogues, Horslips, Clannad, and Sinead O’Connor. Here’s a CD review of a newer band that carries on the tradition. Note: This review first appeared in the Illinois Entertainer.

The Urges come from Dublin, but on their U.S. debut Psyche Ward they sound like they could have been next door neighbors to Wicked Cool labelmates The Chesterfield Kings. In the 1960s. It seems odd that these Irish lads would be so proficient at garage rock, but then Belfast native Van Morrison helped invent the genre when he recorded “Gloria” with Them over four decades ago.

The organ playing on “It Aint Right” evokes go-go girls and vintage spy movies, and Glen Lee Flynn’s spirited guitar playing ignites the catchy melodies of songs like “Jenny Jenny” and “Read The Signs.” Lead singer Jim Walters’ snarling vocals make him sound like a tour guide in a haunted house, and on “Salvaje,” he howls and laughs throughout its spooky arrangement. The intro for “The Urges Theme” sounds like a surf instrumental, and the song goes on to feature some of Flynn’s most fluid guitar playing.