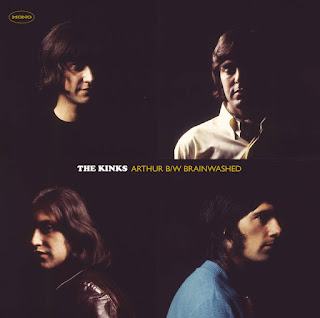 You don’t have to be nestled all snug in your bed to have visions of limited-edition Black Friday Record Store Day releases. The colder weather and an already established tradition of consumers stampeding toward department stores usually makes Black Friday RSD less popular than the April version, but it’s still advisable to get out there early. For most stores, you won’t have any way of knowing how much these records cost ahead of time, so be prepared for a bit of sticker shock.

Number one on my wish list is Three by U2. This 12-inch record is a reincarnation of the three-song EP the Irish band released back in 1979, with “Out Of Control,” “Stories For Boys,” and “Boy-Girl.” Aside from that, all my other choices involve seven-inch vinyl. Such as the U.K. Singles 1979 – 1981 boxed set from The Pretenders. It includes “Stop Your Sobbing,” “Kid,” “Brass In Pocket,” and five other seven-inch records. Next up is Cheap Trick’s cover of the John Lennon song “Gimme Some Truth,” with a B-Side live version of Wizzard’s “I Wish It Could Be Christmas Everyday” featuring one of Cheap Trick’s all-time heroes Roy Wood. Also in the holiday vein is The Peter Holsapple Combo’s “Christmas Must Be Tonight”and The Regrettes’ "Holiday-ish.” Rounding out my list are The Kinks’ “Arthur” single; and Nick Lowe with Wilco performing “Cruel To Be Kind.” My selections are likely to expand by the time I walk up to the counter at the Reckless Records downtown location.

Best of luck in nabbing the exclusive releases on your wish list. Afterwards, you can celebrate your successful hunt over a hot beverage (in my case, a chai tea latte) at a nearby Starbucks, Argo, or Dunkin Donuts.
Posted by Terry Flamm at 9:55 PM