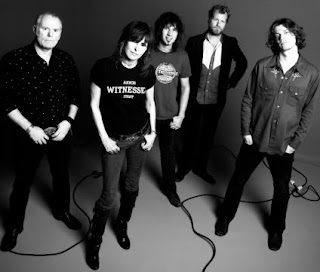 Tickets are now on sale for The Pretenders and Journey at the Hollywood Casino Amphitheater on July 3; Jon Langford and Sally Timms at The Hideout on January 19; Silver Suns and Tommi Zender at Martyrs’ on November 14; and Social Act and Nicholas Barron at Martyrs’ on December 13.

The above gig information comes from this week’s edition of The Chicago Reader. For the full list, pick up a copy from local venues or a Reader box in the downtown area.

This week’s Chicago Reader is its Best Of Chicago issue. The honors are divided into several categories across entertainment, sports, politics, restaurants, businesses, stores, and events. Reckless Records was named best record store, with Laurie’s Planet Of Sound coming in second; Women and Children First was the best independent bookstore, with Book Cellar coming in second; WBEZ was best radio station, with WXRT coming in second; and Terri Hemmert was voted as best DJ, with Lin Brehmer coming in second.

The third edition of the Chicago Art Book Fair, a networking event for local artists, will be held next weekend, November 15 – 17 at the Chicago Athletic Association at 12 S. Michigan Avenue.

The Palette and Chisel Academy of Fine Arts is holding its annual Fall Clearance sale today, with a massive selection of art and sculptures available at reduced prices. Palette and Chisel is located at 1012 N. Dearborn, just north of downtown.

Tickets have sold out for Velvet Underground founding member John Cale’s concert at the Art Institute of Chicago on January 26. The performance ties in with the museum’s current exhibition Andy Warhol – From A to B and Back Again.

The Grand Rapids Comic-Con takes place this weekend at The DeVos Place in Grand Rapids, Michigan. The event will include celebrity guests, artists, and authors.

The Chicago TARDIS convention is being held November 29 – December 1 in Lombard have been announced. The special guests include Paul McGann, who played The Doctor in an American TV movie version of the U.K. sci-fi series, and had a pivotal cameo the 50th Anniversary short clips. Tosin Cole, Greg Austin, Vivian Oparah, and Sophie Hopkins will also be there.
Posted by Terry Flamm at 11:53 AM