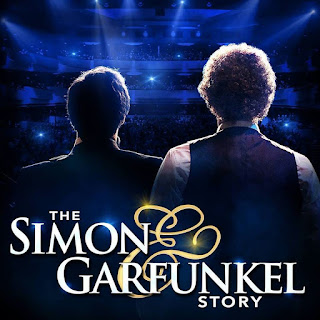 Welcome to everyone who’s come to Chicago this weekend for the grand opening of the Starbucks Reserve Chicago Roastery; AKA the world’s largest Starbucks. You’ll find it at 646 N. Michigan Avenue in the building that once housed a Crate And Barrel store. While you’re in town, be sure to take in some of our local entertainment.

If you’re intrigued by the recently released Arthur50 box set from The Kinks, but weren’t aware of the album when it was originally released, a recent article by Geoff Edgers in The Washington Post (picked up by the Chicago Tribune) offers some helpful information. Arthur (Or The Decline And Fall Of The British Empire) is often cited as the first rock concept album, but in the article, Ray Davies tells Edgers it’s more like “a documentary album.” Davies notes that Arthur still has relevance to today’s world. Edgers also interviewed Dave Davies and Mick Avory, as well as John Dalton, who replaced original bassist Peter Quaife. A limited-edition seven-inch single of “Arthur” will be available as part of this year’s Black Friday Record Store Day releases.

The Simon & Garfunkel Story opens next Tuesday, November 19 and will run through December 8 at the Broadway Playhouse. The show combines film and photos with a live band to present the folk rock duo’s rise to becoming one of America’s most popular acts. Broadway Playhouse is located at 175 E. Chestnut Street, at Water Tower Place.

Over 125 artists and several small independent presses—some from other countries— will showcase their work at the third edition of the Chicago Art Book Fair this weekend at the Chicago Athletic Association at 12 S. Michigan Avenue. The networking event is open to the public free of charge.

Robert Freeman, the photographer who gave the world (and history) the riveting black and white cover shot for the 1963 With The Beatles album (Meet The Beatles in the U.S.), passed away earlier this week. An obituary by Washington Post writer Matt Schudel explained the surprisingly simple lighting and background approach Freeman used in capturing John, Paul. George, and Ringo for generations to come. He also took the psychedelic cover shot for The Beatles’ Rubber Soul album. Rock In Paradise, Mr. Freeman.

Both nights are now sold out for the 22nd Annual Jeff Buckley Tribute event taking place this Saturday and Sunday at Uncommon Ground’s Lakeview location.

Bridge, a literary publication that enjoyed a short run around the turn of this century, is making a comeback as a hardcover journal, thanks to a small group of creative individuals. A relaunch event is taking place at 7:00 p.m. this Sunday night at SITE/less at 1250 W. Augusta Blvd. in Chicago. Following the official relaunch, there will be a Bridge After Party at Montrose Saloon featuring The Thomas Comerford Band, Danny Black, and Eric Chial from The Bon Mots, and Decoy Prayer Meeting. It kicks off at 8:00 p.m. Montrose Saloon is located at 2933 W. Montrose.

The Brian Setzer Orchestra’s holiday concert scheduled for the Chicago Theatre tomorrow night has been canceled, due to lead vocalist-guitarist Brian Setzer having tinnitus.

Chicago-based power pop band The Collectors have changed their name to The Walkdown and have added vocalist Erica Loftus to their lineup. Loftus has made guest appearances with the Mike Mazza led group (as well as with Van Go) in the past and also sings lead for The Right Tidys. The Walkdown’s new Facebook page has racked up 100 likes so far.

Sonic Youth founder Thurston Moore’s new group has a pair of gigs coming up at The Empty Bottle on December 12 and 13.

The world premiere of The First Deep Breath by Lee Edward Colston II opened tonight at the Victory Gardens Theatre on Lincoln Avenue. Steve H. Broadnax III directs the intense family drama, which runs through December 22. The November issue of Chicago Social magazine has an interview by writer Jaclyn Jermyn with Colston.

According to a recent article by Nina Metz in the Chicago Tribune, there will a documentary about Chicago-based improve pioneers Del Close and Charna Halpern. Former Second City member and now successful director/screenwriter Kay Cannon is the creative force behind the film.

Amy Gore’s new garage rock band The Rosalyns are one of the American acts scheduled to join the international lineup at the Purple Weekend on December 4 in Leon, Spain. Australia’s awesome power pop band The Hoodoo Gurus are the headliners. The Rosalyns have a record release party coming up on November 29 at Casbah San Diego.

Tickets are have sold out for Velvet Underground John Cale’s concert at the Art Institute of Chicago on January 26. The performance ties in with the museum’s current exhibition Andy Warhol – From A to B and Back Again.

We are definitely amused. The Royal Mint has added Wallace and Gromit to the collection of cartoon characters it has chosen to be honored. The human/canine duo, created by the clever and very British artists at Aardman Studios, are featured on a coin that’s available to order for from the Royal Mint’s website. Also new this year, is a trio of coins depicting the characters from The Snowman, the Academy Award nominated short animation. Prices range from £10.00 for an uncirculated coin to £980.00 for a limited edition gold proof coin.