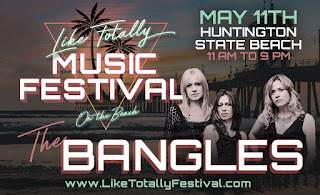 The critically acclaimed Chicago-based power pop band Frisbie will join Mike and Eric from The Bon Mots for a double bill tomorrow night, Sunday, February 17 at Montrose Saloon. The music starts at 8:00 p.m.

If you missed Elton John’s Farewell Yellow Brick Road Tour at the Allstate Arena this past Friday you can still check out the Burn Down The Mission: Songs Of Elton John 1969 – 1975 show at 2:00 p.m. tomorrow at SPACE in Evanston. Alton Smith, Hohn Abbey, Debbie Kaczynski, Peter Manis, Richard Pettengill and Tommi Zender will be the musicians involved with this tribute.

Tickets are now on sale for Beck, Cage The Elephant, and Spoon at Huntington Bank Pavilion on July 31; Andrew Bird at Green Mill on April 2 and 3; Dream Syndicate at Hideout on May 31 and June 1; Fab Faux at Park West on May 10; Heart and Sheryl Crow at Hollywood Casino Amphitheater on July 7; Rodrigo Y Gabriela at Chicago Theatre on May 24; and John Sebastian at City Winery on July 8.

The Chicago Auto Show, billed as the nation’s largest auto show, finishes its 2019 run at McCormick Place this Monday, February 18. In addition to all the cars on display, there will be special events and guests, including local media and sports celebrities.

The Symphony Center Presents Jazz series will offer Jazz In The Key Of Ellison, a multimedia celebration of novelist Ralph Ellison at 8:00 p.m. next Friday, February 22. Roxane Gay will serve as narrator and host, and there will be performances by Will Downing, Nona Hendryx, Quiana Lynell, Nicholas Payton and The Andy Farber Jazz Orchestra. The Symphony Center is located at 220 S. Michigan Avenue.

Procol Harum will be at City Winery Chicago next Wednesday, February 20. The Kooks, whose latest album Let’s Go Sunshine finds them back in top form again, will be performing at The Riviera Theatre next Thursday, February 21. On the next night, Gin Blossoms will be at House Of Blues; and the Bowie Celebration - The David Bowie Alumni Tour hits The Vic.

Chicago’s hard-driving and sharp-tongued power pop band Van Go will be performing songs from their impressive latest album Everyone Loves You When You’re Gone on Saturday March 2 at Gallery Cabaret. Red Wigglers are also on the bill.

A black dress Marilyn Monroe wore at a 1954 press conference will be going up for auction on March 30. Don’t be surprised if you see Famous In The Future performer/writer/Marilyn Monroe fanatic Desiree Burcum wearing it on opening night at this year’s YippieFest in August. Famous In The Future will once again be hosting the three-day festival of theatre, comedy, and music.

The Impostors Theatre Company’s new show Caged - An Allegory at the Pentagon Theater opened this past Friday at Collaboration Studio. Written and directed by Stefan Roseen, the play mixes comedy and horror while exploring questions of identity and the ethics of art.
Posted by Terry Flamm at 10:20 PM