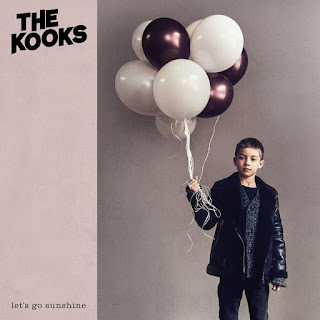 Procol Harum arrives in Chicago at a time when relentless snowfall has given us a bit more than a “Whiter Shade Of Pale.” Their concert tomorrow at City Winery will no doubt include that magnificent Top 40 hit, along with “Shine On Brightly,” “Homburg” and “A Salty Dog.”
Vocalist Gary Brooker, whose soulful delivery of those cryptic “Whiter Shade Of Pale” lyrics first brought the band international attention in 1967, is still onboard, although other members have come and gone over the years. Procol Harum released it most recent album, Novum, in 2017.

The British Invasion continues on Thursday night when The Kooks perform at The Riviera Theatre. The group’s latest album Let’s Go Sunshine finds them sounding more like the working class lads who first gave us engaging tunes like “She Moves In Her Own Way.” Their previous effort, Listen, dabbled in hip hop and techno with mixed results. Sunshine will give them plenty of good material to showcase, including “Pamela,” “All The Time,” and “Believe.”
Posted by Terry Flamm at 9:25 PM