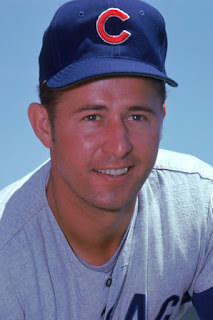 In the famous words of Johnny Carson, “I did not know that!” Part I. George Harrison and Chicago Cubs Hall Of Fame third baseman Ron Santo were both born on this day. Somewhere right now, they’re playing catch while singing Beatles songs. (The ones George wrote.)

Congratulations to Ellis Clark, Ary Paloma Jeebie, and the Martyrs’ rock venue on successfully staging their third annual George Harrison Birthday Tribute. A number of acts performed George songs, ranging from “Don’t Bother Me,” the very first one for he wrote for The Beatles to a track from his last album Brainwashed. I had to catch a bus and a train back to Palatine so I couldn’t stay for the entire celebration, but I did enjoy three hours of George music.

EXPO ’76, one of the most unpredictable and fun cover bands you’ll ever see, will close out this challenging month of February this Thursday night with a show at the SideBar at the FitzGerald’s in Berwyn.

The Lorrie Kountz Band will be performing at Mac’s On Slade in Palatine this Wednesday night. Kountz first arrived on the Chicago club scene in the late 1970s as the lead guitarist for the hard rock band Bitch and went on to perform with Surrendur Dorothi and Rash. The four-piece Beatles tribute band Liverpool Acoustic will be performing on the following night at Mac’s.

The Chicago Feminist Film Festival runs this Wednesday, Thursday, and Friday, at Film Row Cinema on the 8thfloor at 1104 S. Wabash Avenue.

New Zealand band The Chills will be performing heavenly pop hits at The Empty Bottle this Friday night.

In the famous words of Johnny Carson, “I did not know that!” Part II. I just found out via a phone conversation with my younger brother that his son/my nephew Joe Flamm created the menu for this year’s official Grammy Awards after-party. US Magazine’s online site described the event’s theme as, “a French-inspired modern masquerade ball [featuring] an exciting menu by Joe Flamm, Executive Chef of Chicago’s Michelin-starred Spiaggia and Café Spiaggia, of four Renaissance-inspired food stations including appetizers, entrees and desserts.”
Posted by Terry Flamm at 9:28 PM