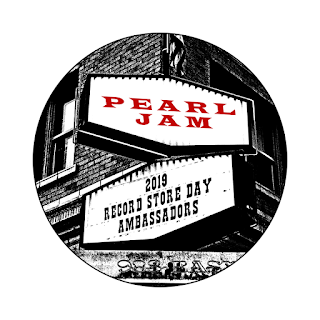 Pearl Jam has been chosen as the this year’s Record Store Day Ambassador, an honor that has gone to St. Vincent, David Grohl, Iggy Pop, and other cutting-edge acts in the past. RSD arrives on April 13, with another wide-ranging selection of one-day-only vinyl releases.

Congratulations to director Michael Glover Smith on the successful run of his latest film Rendezvous In Chicago, at the Gene Siskel Film Center. Last Friday’s night’s screening sold out, and when I went on Saturday, it was pretty much the same deal. The 69-minute Rendezvous In Chicago is a comic and easygoing slice of life divided into three separate tales involving relationships. There will be one more screening tomorrow (Wednesday) evening featuring a discussion with Smith afterward.

The Go-Go’s will be the subject of a full-length documentary scheduled to air later this year on Showtime. An extensive press release shown on the band’s Facebook page and across social media describes director Alison Ellwood’s film as a “candid archive-rich biography.” I bought a Stiff Records import single of “We Got The Beat” (probably at Wax Trax! on Lincoln Avenue) in 1980 and shortly after that, saw them perform at ChicagoFest on Navy Pier. I stopped at a record store on Rush Street after the concert and bought their Beauty And The Beat album. Still, I never could have predicted back then how successful they would become.

Chicago Theatre Week continues its 2019 run through this Sunday, February 17 at various theaters around the Chicago area. Discount tickets of $15 or $30 will available for 120 participating shows.

Elton John’s Farewell Yellow Brick Road Tour comes to the Allstate Arena this Friday night. Maybe he should hang around a couple days and check out the Burn Down The Mission: Songs Of Elton John 1969 – 1975 show at 2:00 p.m. this Sunday at SPACE in Evanston. Alton Smith, John Abbey, Debbie Kaczynski, Peter Manis, Richard Pettengill and Tommi Zender will be the musicians involved with this tribute.
Posted by Terry Flamm at 9:26 PM