Happy Birthday To Peter And A Few Other Thoughts 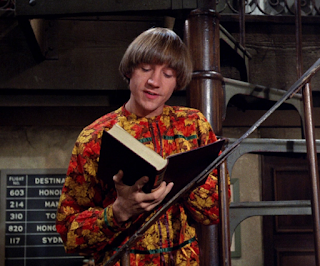 Happy Birthday to Peter Tork! I still remember the great story a friend told me about how nice he was when she paid for a photo op with him at a Wizard World Comic Con in Chicago in 2011. And of course, there are all those cool Monkees songs and their fun TV show. Hope he had a blast celebrating today.

The Chicago Auto Show, billed as the country’s largest auto show, opened last Saturday at McCormick Place and runs through Monday, February 18. In addition to all the cars on display, there will be special events and guests, including local media and sports celebrities. A handful of radio stations will be broadcasting live from the Auto Show. A number of years back, Cheap Trick had a gig at there, but the closest thing I see for 2019 is a pair of School Of Rock concerts next Monday.

The Symphony Center Presents Jazz series will offer Jazz In The Key Of Ellison, a multimedia celebration of novelist Ralph Ellison at 8:00 p.m. on Friday, February 22. Author Roxane Gay will serve as narrator and host, and there will be performances by Will Downing, Nona Hendryx, Quiana Lynell, Nicholas Payton and The Andy Farber Jazz Orchestra. The Symphony Center is located at 220 S. Michigan Avenue.

If you live in the Chicago area, Metra wants to reward you for surviving the recent polar vortex by letting you ride free on its trains this weekend. That’s nice for people who would normally drive to some entertainment venue. But it does nothing for Metra’s biggest supporters—the monthly pass holders who endured delays, unpredictable schedules, and the occasional surly conductor who thought passengers were somehow at fault for the inclement weather. In a better world, Metra would give every monthly pass holder an Apple iPod nano 7th Generation to listen to on our ride each day.
Posted by Terry Flamm at 10:02 PM