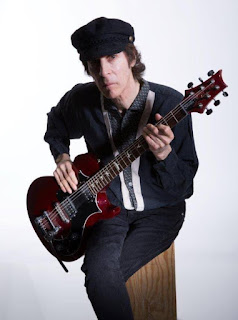 Richard X. Heyman’s 12th album finds the singer-guitarist and founding member of The Doughboys once again crafting strong melodies for his power pop and indie rock songs. Released in 2017, Incognito also has elements of country and western, urban contemporary, and mainstream rock. Songs like “Her Garden Path” and “Chalk It Up” work particularly well because there’s a harder edge to the arrangements.

According to his website, Heyman wanted this effort to reflect the anxious mood of 2016 America without going into specifics. That approach is especially noticeable on the title track, which kicks off with ringing guitars before delving into some troubling observations. The rhythm and blues influenced “So What” advises “Go out and make it happen” when faced with life’s struggles, and Heyman sets a similar message to the lighter, ‘80s rock of “Lift.”

“All You Can Do” and “In Our Best Interest,” both of which are slow songs with backup vocalists, are the only times when Heyman sounds a bit too generic. “Gleam,” on the other hand, features clever and romantic lyrics set to an irresistible toe-tapping arrangement. He’s also obviously having a ball playing rollicking old-time blues on his tale of an untrustworthy girlfriend “Terry Two Timer.”
Posted by Terry Flamm at 9:21 PM