A Birthday That Deserves To Be Observed 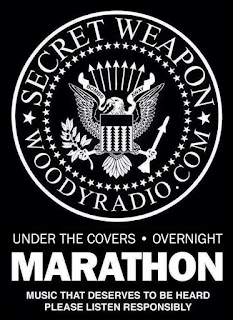 Just a reminder: The Steepwater Band and The Handcuffs are performing tomorrow night at Martyrs’ on Lincoln Avenue.

Best wishes to Boris Boden on his birthday. I first met the Chicago area power pop fan/supporter/promoter when we were regulars at the Harlow’s rock club just across the city’s southwest border and he designed their monthly ad in the Illinois Entertainer. We often compared notes on new bands and he introduced me to the work of 20/20, Paul Collins Beat, and Ian Lloyd. We pretty much discovered The Smithereens at the same time, via a review of Beauty And Sadness in Rolling Stone.

These days, Boris shares his limitless collection of power pop tunes through the Secret Weapon podcast on Woody Radio. If there’s a power pop group Boris doesn’t know about, it’s probably because they only formed 10 minutes ago. After losing touch for so many years, I came across Boris more recently at the very first Material Reissue gig at International Pop Overthrow - Chicago, and at the Shoes, Pezband, Dwight Twilley showcase at The Arcada in St. Charles. Happy Birthday, Boris, and keep sending all the power pop our way.

Tickets go on sale tomorrow for Ry Cooder at Thalia Hall on 6-24; Handsome Family at SPACE on 7-13; Robyn Hitchcock and The Nashville Fabs at Thalia Hall on October 10; John Mayall at City Winery Chicago on June 12; The Posies and Material Reissue at Park West on June 23; Cathy Richardson Band at City Winery Chicago on May 24; Social Distortion at House Of Blues on June 22; and Matthew Sweet at SPACE on July 12. You can find a full list of shows going on sale tomorrow on the second to last page of this week’s Reader.
Posted by Terry Flamm at 9:03 PM