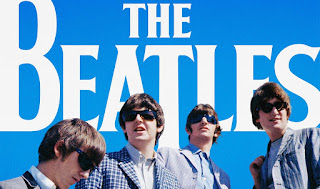 A hearty Broken Hearted Toy welcome to everyone in town for Riot Fest this weekend. The annual music event runs through Sunday in Douglas Park with a lineup that includes Sleater-Kinney, Smoking Popes, Fitz And The Tantrums, Bob Mould, The Specials, Death Cab For Cutie, and The Flaming Lips. A number of local publications, including The Reader, The Tribune, The Sun-Times, Redeye, and Innerview offer their recommendations for which acts to check out. New City devotes most of its current issue to its Art 50 cover story, but it does have an interview with Riot Fest participants Bleached.

Music Box Theatre on Chicago’s north side is screening the new Ron Howard documentary The Beatles: Eight Days A Week–The Touring Years this weekend. Reviews have been mixed, with Chicago Sun-Times writer Mark Caro praising the rare footage but noting, “Howard is more interested in wowing audiences with exuberant, hysteria-ridden performances than he is in digging for explanations.”

To the Batmobile, Robin. Chimera’s Comics will be celebrating Batman Day at its Woodridge, LaGrange, and Oak Lawn stores tomorrow. Fans can pick up free Batman comics while supplies last, and visitors to the Oak Lawn location can see the Batmobile from Tim Burton’s 1989 Batman movie.

Feed The Tree at The Vic. The recently reformed Belly, led by Tanya Donelly, will perform tomorrow night at The Vic on Chicago’s north side.

The second annual Minstrel Palooza, honoring the Minstrels music store in Niles, takes place this Sunday at the Home House Of Music And Entertainment on Rand Road in Arlington Heights. Van Go, Cliff Johnson and The Raine, and Cracked Actor are among the acts that will be performing.

The West Loop Art Festival, which made its classy debut last year, runs tomorrow and Sunday on Washington Boulevard between Halsted and Aberdeen.

Lush, the dreamy and consistently engaging U.K. shoegazer band comprising Miki Berenyi, Emma Anderson, and Phil King, has reunited and will be performing this Sunday night at The Vic. The band’s new Blind Spot EP is available on the official website.

The Buzzcocks will be drawing on 40 years of creating melodic, high-energy songs when they perform at The Vic next Thursday night, September 22. The band sprung from England’s punk scene around the same time as The Sex Pistols, and is known for irresistible songs like “Harmony In My Head,” “What Do I Get?” and “Ever Fallen In Love?” Their latest album, The Way, was released in 2014.

The Smithereens will bring their amazing repertoire of power gems (“Behind The Wall Of Sleep,” “Blood And Roses,” and “House We Used To Live In,” to name a few) to City Winery - Chicago next Sunday, September 25. Eric Burdon and The Animals will be at that same venue on Monday the 26th and Wednesday the 28th.

Congratulations to Quimby’s Bookstore on its 25th Anniversary in Wicker Park. Christopher Borrelli had a piece on the store in yesterday’s Chicago Tribune, and Brianna Wellen has a profile in this week’s Reader. Quimby’s offers a mind-boggling selection independent publications.

Tickets for Theatre Nebula’s production of The Rocky Horror Show at Cutting Hall in Palatine are now on sale. I saw Theatre Nebula perform Spamalot twice a few years back, so I’m looking forward to its take on another eccentric musical.

Chicago’s free paper Redeye recently picked up a story from Variety stating the producers of Wicked have created a musical based on the 1980s TV show Family Ties. It's scheduled to open in Dayton, OH in the near future.

Chicago Tribune writer Tracy Swartz recently reported that sitcom veterans Katey Sagal and Judd Hirsch have been cast for a TV pilot of the Tracey Letts play Superior Donuts. Mary-Archie Theatre in Chicago had a successful run with Superior Donuts a few years back.

WXRT is offering listeners who mourned the recent loss of Leslie Witt to ovarian cancer a way to honor the longtime air personality and help find a cure for the disease that claimed her life. The station, working with the Ovarian Cancer Research Fund Alliance’s “30 Days Of Teal” campaign, is selling teal t-shirts printed with the WXRT logo for $30 on its website. All of the profits will go to the Ovarian Cancer Research Fun Alliance.

The Awakenings Foundation will have an opening reception for its Graphic Relief exhibition on October 13 at its Gallery at 4001 N. Ravenswood in Chicago. Curated by Gallery manager Liz Moretti, the exhibition will feature artwork in comic book, graphic novel, and zine formats that addresses the issue of women encountering sexual harassment.

When I saw Donna Vickroy’s Chicago Tribune article earlier this week about items from the Sabre Room going up for auction, it immediately brought back fond memories of Montgomery Ward Christmas parties at that glittering night club/restaurant in Hickory Hills. I worked at the Montgomery Ward store in Evergreen Plaza back in the 1970s, and that annual bash was like senior prom for us employees. It was a chance to mingle, drink and dance. George, one of my good friends from those days, was recently diagnosed with cancer, and I just want to extend my best wishes for his full recovery. Also, best wishes to my friend Ted to be home again soon and watching the Cubs on TV.
Posted by Terry Flamm at 11:15 PM