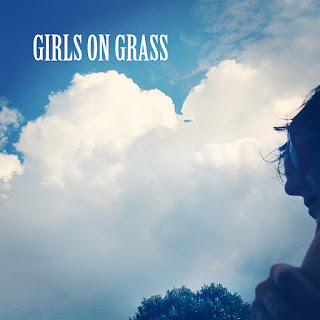 Girls On Grass, a Brooklyn-based quartet composed of singer-guitarist Barbara Endes, drummer Nancy Polstein, bassist Dave Mandl, and guitarist Sean Eden, mixes old school country and western with down-to-earth rock and roll on its self-titled debut. Chief songwriter Endes crafts sympathetic portraits of people on the edges of society or trapped inside frustrating relationships. Her lyrics are to the point and often pack an emotional punch.

After a heated battle with her parents about them buying her a guitar, the young woman in “Father Says Why” views playing music as, “the start of my escape.” It’s one of several songs on the album that includes an instrumental break fueled by Eden’s guitar playing. “Fair,” an acoustic-based country ballad about hanging on to a relationship while longing for someone new, features Endes in a gorgeous duet with guest vocalist Cliff Westfall. There’s a Creedence Clearwater Revival swamp rock feel to “When The Pleasure Ends,” a jab at couples in shallow relationships.

Other Girls On Grass songs find Endes operating in a more optimistic vein. The tomboy of “One Of The Guys” reflects on a lifetime of being accepted for her less than frilly ways, and on “Too Pretty,” the protagonist is pleasantly surprised to find love with a woman she initially thought was out of her league. “Dave” is a foot-stomping bluegrass tribute to a friend (the band’s bassist?), and on “Drowning In Ego,” Endes has a ball lampooning the selfish sea of social media. “Your life is great,” she sings to an impossibly peppy arrangement, “But I don’t care. I used to but you over share.”
Posted by Terry Flamm at 9:36 PM