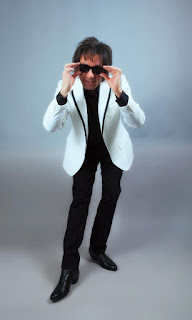 Basement Tapes Vol. 1 was simultaneously released with Music Sounds by Mimi Betinis a while back, and shares that album’s mixed-bag approach. The Pezband vocalist-guitarist doesn’t use much more than an acoustic guitar on some of these songs, and opts for a lush arrangement on others. There are also some well-chosen covers, as well as a rare, vintage track that should delight Pezband fanatics.

The melodic duet “Didn’t We” was recorded back in 1979 with Cliff Johnson, a distinctive singer who shares Betinis’ Pezband lineage, and who went on to form Off Broadway. Betinis gets down and bluesy for a raw take on the classic “Good Morning Little School Girl,” and captures the massive heartache of “The Sun Ain't Gonna Shine” with his orchestrated version of The Walker Brothers hit. The catchy instrumental “Shade And Shine” adroitly blends acoustic and electric guitars with keyboards.

“Lost A Love Forever,” like “There Is Love” on Music Sounds, has an infectious techno beat, although this time around, the lyrics are about a relationship going stale. Broken romance is a running theme throughout Basement Tapes; particularly on “Ray Of Light” and the melancholy “All That Glitters.” Love is a lot more fun on the Latin-flavored “Brown Eyes And Bangs,” and Betinis delivers a fetching rendition of “Goodbye,” the Paul McCartney-penned hit Mary Hopkins recorded back in 1969.
Posted by Terry Flamm at 10:24 PM