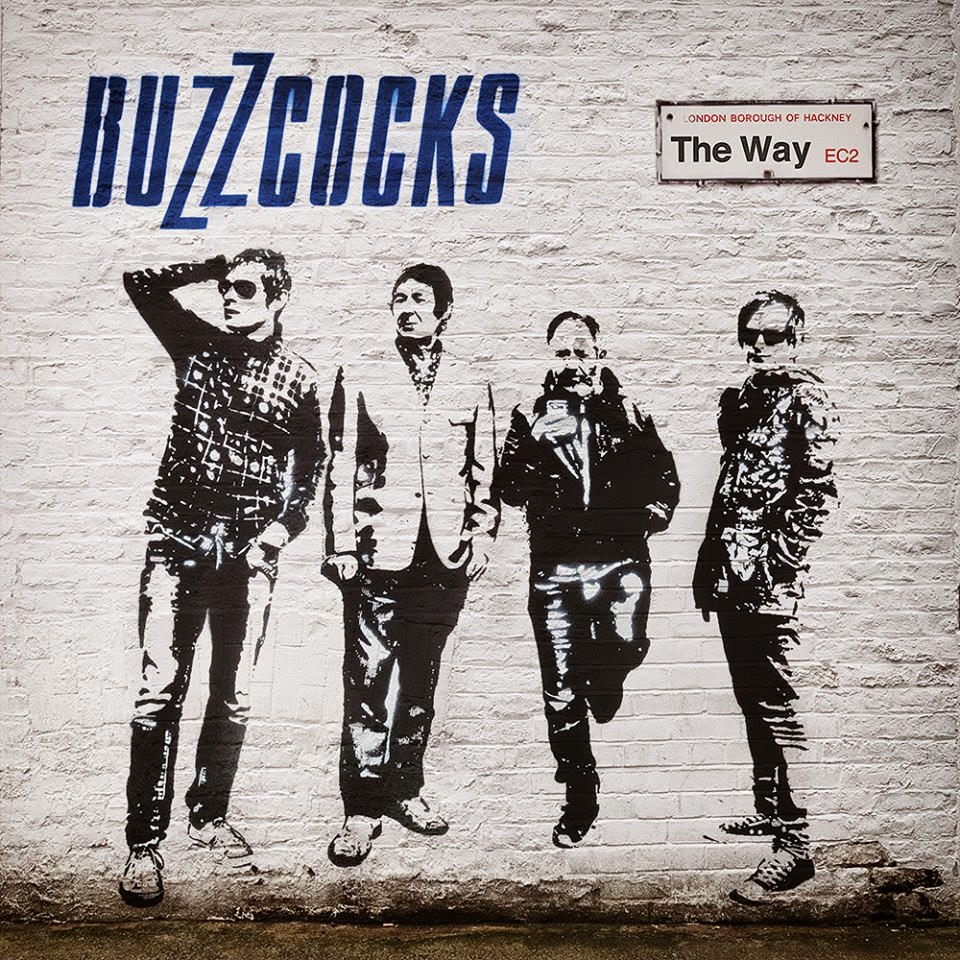 They’ll be at Riot Fest tomorrow afternoon. Photo from The Buzzcocks Facebook page.

Welcome to all those in town for The 10th Annual Riot Fest And Carnival, which opened today in Chicago at Humboldt Park. Running through Sunday, it offers seven stages of cutting edge music, including performances by The Flaming Lips, Metric, Paul Weller, The Dandy Warhols, The Buzzcocks, The Cure, Cheap Trick, Patti Smith, Naked Raygun, Billy Bragg, Archie Powell And The Exports, and Tegan And Sara. Chicago’s alternative weekly The Reader has a guide to Riot Fest in its current issue, and fans can also find tips in today’s editions of Redeye, Chicago Tribune, and Chicago Sun-Times.

The Elgin Fringe Fest started yesterday and will offer over 100 music, dance, comedy, and theater performances, plus works of art through this Sunday. The Elgin Art Showcase, Imago Studios, Elgin Public House, Blue Box Cafe, Side Street Studio Arts, and various parts of downtown Elgin will be involved. Tickets range from $5.00 to $10.00, and some events are free.

Over 150 artists will be on hand as the Lakeview East Festival Of The Arts takes place tonight, tomorrow, and Sunday. In addition to all those paintings, photographs and sculptures, there will be 3D Projection Mapping produced by BC Bolt Productions tonight; as well as a full schedule of live bands throughout the weekend. Attendees can also check out cooking demonstrations, food vendors, furniture, jewelry, and there’s a fancy tea party for children under 12. The festival is located on Broadway at Belmont.

Shonen Knife, the Japanese trio comprised of vocalist-guitarist Naoko, bassist-vocalist-vocalist Ritsuko, and drummer-vocalist Emi, will be bringing their Ramones-inspired fun to The Bottom Lounge, at 1375 W. Lake Street, next Thursday, September 18th. Habibi and Blizard Babies are also on the bill.

The Lauren Wolf Band will have a record release party for its Ellis Clark-produced album Rise Up at the Live 27 club in Evanston on September 27th. Clark, who has a solo career in addition to having played with The Handcuffs, Epicycle, and Social Act, will be playing keyboards for this live performance.

The good news Dave Davies has been posting on Facebook recently includes a confirmation that he would be open to a Kinks reunion alongside his brother Ray, and that he (Dave) will soon release a new album called Rippin Up Time. Maybe he’ll play some tunes from it during his November 12th and 13th gigs at City Winery in Chicago. I saw Dave and his band perform at Taste Of Lincoln Avenue a few years back and it was an amazing show.

By the way, November 12th is also the day Chrissie Hynde’s tour in support of Stockholm—her first ever solo release—comes to the Chicago Theatre. With “You Or No One” and “You’re The One,” Hynde proved she hasn’t lost her knack for celebrating the excitement of new-found love, and she can still kick butt on songs like “Dark Sunglasses and “Plan Too Far.”

Expo 72, not to be confused with the local copy band Expo ’76 or EXPO CHGO at Navy Pier next weekend, is actually the place to see the Chicago International Film Festival 50th Anniversary Exhibition. It features posters, photos, memorabilia and continuous video loops from the festival’s winning films. The exhibition runs through October 6th at 72 E. Randolph in downtown Chicago.

Who’s Who, a very busy Who tribute band, will return to Durty Nellie’s next Saturday, September 20th. They’re opening for 97Nine.

The David Bowie tribute band Sons Of The Silent Age will provide live music for the official David Bowie Day at Daley Plaza on September 23rd. WXRT and the Museum of Contemporary Art (where the David Bowie Is exhibition runs through January 4th) are co-sponsoring the Daley Plaza event.

Band Called Catch, a local group that has been impressive in shows at The Blue Whiskey Film Festival and at a preview party for the new Throne Room venue, will perform an outdoor show as part of PINKTOBERFEST in the parking lot outside the Hard Rock Cafe at 63 W. Ontario in Chicago on Sunday October 12th. There is a suggested donation of $5.00, which will help raise money for breast cancer research.

WXRT is once again sponsoring a batch of Holiday Concerts For The Kids, and one of the more interesting ones is by Johnny Marr at The Vic on November 25th. In addition to his stellar guitar playing with The Smiths, Marr has collaborated with groups like Modest Mouse and The Cribs, and his solo debut The Messenger came in at Number One on the Broken Hearted Toy Favorite Releases Of 2013. As with all the Holiday Concerts For The Kids events, attendees are asked to bring an unwrapped toy. Just for fun, tell them it’s brokenhearted.
Posted by Terry Flamm at 10:20 PM