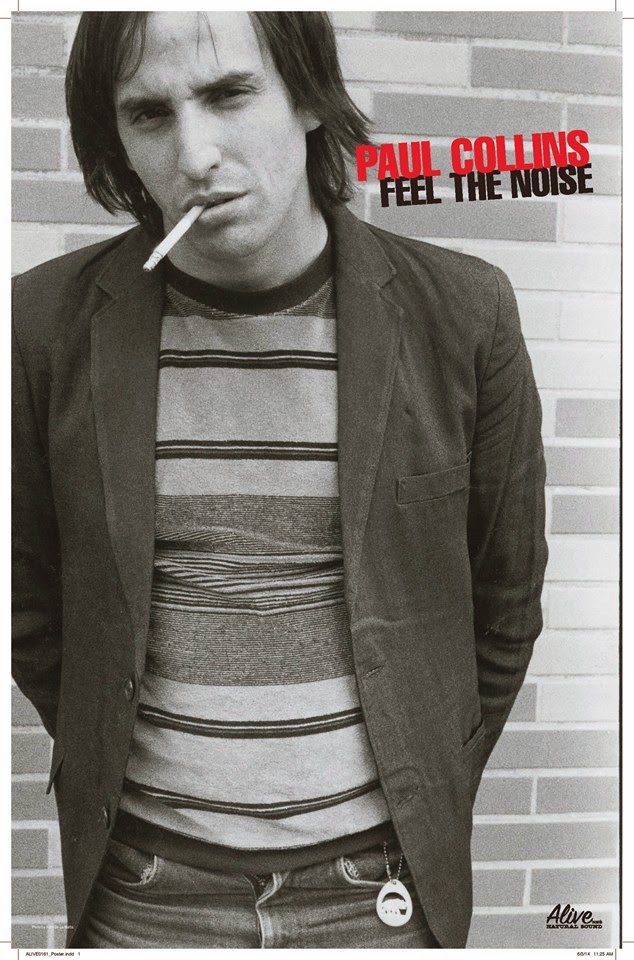 Singer-guitarist Paul Collins may have wanted the title of his 2010 CD King Of Power Pop to be taken in a humorous vein but there’s no denying he’s among the genre’s royalty. Starting with his work as a member of The Nerves and then as the leader of The Paul Collins Beat, he has influenced several power pop artists. His latest effort, Feel The Noise, finds him once again embracing his impressive heritage.

Collins also enjoys giving an occasional jab to the music industry. On the title track of King Of Power Pop, he looked back at the early days of his career, and on “Feel The Noise,” he scolds the uninformed people who insist rock and roll is dead. “I Need My Rock And Roll,” the first single and video from the new CD, strikes a similar chord, and Collins backs it up with a catchy guitar-driven arrangement.

Otherwise, the songs on Feel The Noise deal with the ups and downs of romantic entanglements. The energetic “Only Girl” celebrates the power of love, but on the Ramones-flavored “Little Suzy,” a guy’s attempts to impress a woman are met with a cold shoulder. “With A Girl Like You” harks back to the original British Invasion, and the Buddy Holly influence is unmistakable on the galloping “Baby I’m In Love With You.” Collins puts his own stamp on “Reach Out I’ll Be There” while maintaining the soul of The Four Tops’ original, and he also taps into Motown on “Don't Know How To Treat A Lady.” “Walk Away” ends the CD on an ironic note, as Collins imitates one of those weepy 1950s ballads while expressing ambivalence toward a girlfriend who’s leaving him.

Feel The Noise will be released tomorrow in CD and digital format, as well as on colored vinyl from Alive Naturalsound Records. Collins kicks off his next tour in Chicago at the Cobra Lounge on September 23rd. Other cities he’ll be visiting include Louisville, New Orleans, San Antonio, St. Louis, Pittsburgh, New York, and Atlanta.
Posted by Terry Flamm at 9:10 PM