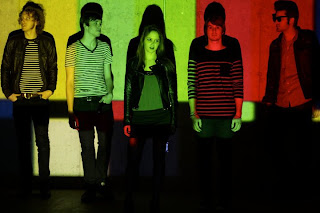 Windy City Ribfest is being held in the Uptown area of Chicago this weekend, at the corner of Lawrence and Broadway. Psychedelic rockers Secret Colours perform at 3:30 tomorrow afternoon, and Smash Mouth plays later that same day at 8:30 PM.

Great power pop music and you can’t beat the price. The Romantics and Squeeze will be playing a double bill for a free show at Coney Island in Brooklyn on July 20th. I saw both bands at recent (separate) shows in Chicago, and they were in top form.

City Winery, which bills itself as Chicago’s first combination winery, event space, concert venue, and restaurant will kick off its operations at 1200 W. Randolph Street with a Preview Party to benefit Urban Gateways on August 11th. Some big names have already been booked for performances, including Dave Alvin from The Blasters on August 21st, Lindsey Buckingham on August 26th & 27th, The Yardbirds on September 5th, Suzanne Vega on September 8th, Matthew Sweet on September 20th and 21st, and Ian Hunter with Nick Tremulis on September 29th.

Phil Angotti and Green Circles will be performing the music of Small Faces at Quenchers Saloon on Chicago’s north side next Thursday, at 9:30 PM.

Colin Blunstone, who’ll be performing with The Zombies at Viper Alley in Lincolnshire on July 31st, and Mayne Stage in Chicago on August 1st, recently announced on Facebook that he’s putting the final touches on a new solo CD.

Back in the early 1990s, I was one of the first people to volunteer to write for Streetwise, a publication created to help the homeless. I covered music, restaurants, and theatre. I’ve haven’t written for the paper in years, but it’s nice to see its performing arts coverage is still vital. The most recent issue has profiles on the bands performing at Taste Of Chicago this week. So be sure to support those Streetwise vendors.

The Huffington Post, The Chicago Tribune, and Chicago Sun-Times each did a feature on Metrospective, a collection of posters created for concerts at the Metro rock club over the past 30 years. Metrospective runs through August 3rd at the Inland Steel Building, 77 S. Dearborn in Chicago.
Posted by Terry Flamm at 11:41 PM