45 RPM (Box Set) - Memories A Date With The Smithereens 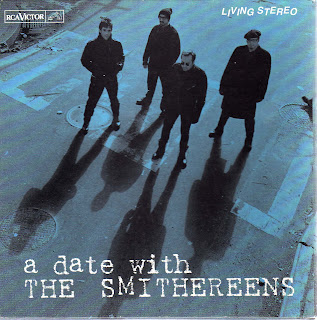 If you live in Frederick, Maryland, you can celebrate with some authentic American rock and roll by catching The Smithereens at Celebrate Frederick. Admission is free.

If you're in Newport Beach, California, you can rock out with America’s sweethearts of the sun, The Bangles. Meanwhile, The Beach Boys are playing at The Stadium of Fire in Provo, Utah; Fountains Of Wayne  will be on the Rock Stage at SummerFest in Milwaukee, Wisconsin; and Heart will be playing on the St. Louis, Missouri Riverfront.

Speaking of The Smithereens, it looks like this could be the first time in recent years they won’t have an outdoor summertime gig in the Chicago area. That’s disappointing, not only because the band puts on a great live show featuring their hits as well as covers of The Beatles and The Who, but they also come out afterward to greet their fans and sign autographs. Maybe The Smithereens will still find their way to Chicago before the summer’s over.

In the meantime, here’s a look at the A Date With The Smithereens 45 RPM vinyl box set from 1994. According to producer Don Dixon, the 12 songs have different mixes than the ones that appeared on the CD of the same name. There's some classic Smithereens material here, like “Miles From Nowhere,” “Gotti,” and “Long Way Back Again.” It also includes the non-CD tracks “I’m Sexy” and “Keep Me Running,” plus a demo of “Everything I Have Is Blue.”

Each record comes in its own sleeve, with a photo of a band member on one side, and the song lyrics on the other. All in all, a most interesting collector’s item for fans of the New Jersey-based power pop masters.