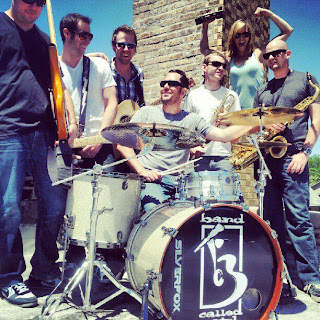 The third annual Blue Whiskey Independent Film Festival kicks off at Cutting Hall in Palatine tonight with a free concert by Band Called Catch. The six-piece group sounds a bit like Mumford and Sons, judging from the songs on its website, although the uniquely fun video, “When In Rome,” has a harder-edged alt rock feel. The concert starts at 8:00 PM tonight.

Hopefully, Band Called Catch, which has been around about four years and has recorded three CDs, will carry on in the tradition of Chris Petlak and Dennis Florine. Both of them put on impressive shows at last year’s free BWiFF kickoff party at Cutting Hall. Another highlight of the  2011 concert was the screening of some intriguing rock videos afterward. I have no idea if BWiFF is doing that this year, since there’s limited information on their website or Facebook page.

As for the Blue Whiskey Independent Film Festival itself, this under-publicized six-day showcase looks like a blast for film buffs and anyone interested in below-the-radar entertainment. It only crossed my mind today because I was at the Palatine Public Library picking out Doctor Who DVDs, and stopped to inspect the local community related flyers by the entrance. There was nothing there about this year’s event, but I remembered seeing a BWiFF program there around this time in 2011. Plus, I vaguely recalled hearing an interesting band was performing this year.

Palatine needs more cultural events like the Blue Whiskey Independent Film Festival, that not only entertain local residents but have the potential to attract visitors from Chicago and the neighboring suburbs. The entire list of this year’s films can be found on the BWiFF website.
Posted by Terry Flamm at 5:04 PM