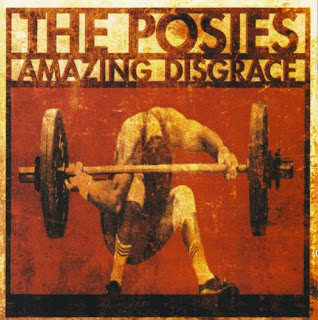 Note: This review originally appeared in the Illinois Entertainer in 1996.

Before moving on to The Posies, I’d just like to express my sorrow at the recent death of actor Victor Spinetti. He was best known for playing eccentric characters in A Hard Day’s Night and Help (as well as in Magical Mystery Tour) and was a good friend of The Beatles. I met Victor at The Fest For Beatles Fans in Chicago a few years back when I purchased a copy of his funny and interesting autobiography, Victor Spinetti Up Front . . . and he autographed it for me. Along with his signature, he drew a strange doodle, which may have been a self-portrait. Cheers to this funny and talented performer.

On a lighter note, here’s a happy birthday wish to Ann Wilson of Heart. She helped pave the way for women in rock and roll, and continues to belt out the band’s melodic, hard-hitting songs on tour.  I’m hoping my review of Heart’s Strange Euphoria box set will run in the July issue of the Illinois Entertainer.

Amazing Grace finds The Posies in an angrier frame of mind than on any of their three previous releases. Singers-guitarists Jon Auer and Ken Stringfellow have enlisted the powerful new rhythm section of bassist Joe Bass and drummer Brian Young to augment these sentiments, while continuing the harder rock edge from 1993’s Frosting On The Beater. The lyrics sometimes leave doubt as to the targets of Auer and Stringfellow’s barbs, but the melodies are consistently engaging.

The energetic “Daily Mutilation” establishes the band’s agenda, which is even more evident on “Grant Hart” and the aptly named “Hate Song.” “Precious Moments,” a slow and tedious reflection on the fleeting quality of life, is a rare misstep. The Posies successfully use a lighter touch on “Will You Ever Ease Your Mind?” and even offer a shred of optimism with the defiant “Fight It (If You Want).”
Posted by Terry Flamm at 11:29 PM