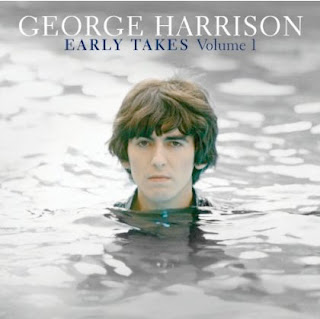 Created as a sort of offshoot of Martin Scorsese’s inspiring George Harrison: Living In The Material World documentary, Early Takes Volume 1 offers 10 previously unreleased demos or preliminary versions of the former Beatle’s songs. It’s an intimate mix of hits and lesser known material from Harrison’s post-Fab Four era, and includes his occasional comments. For those of us who’ve come to know this engaging and eccentric musician even better through Material World, it’s easy to imagine him performing most of these songs while strolling through the garden of his English estate.

In addition to acoustic takes on the spiritually-inclined “My Sweet Lord” and “All Things Must Pass,” there’s an electric but rough cut of the romantic “I’d Have You Any Time.” The bitter and evangelical “Awaiting On You All” also has a more basic arrangement than the rollicking song that first appeared on the All Things Must Pass triple LP. As for the previously unheard material, “Let It Be Me,” which was once a hit for The Everly Brothers, is a heartfelt gem; and Harrison does his best to channel Bob Dylan on the American folk singer’s “Mama You’ve Been On My Mind.” It has been noted elsewhere in the media that the inclusion of the words Volume 1 in this CD’s title probably means there will be more Early Takes released in the future. Hopefully, that will be the case.
Posted by Terry Flamm at 4:35 PM