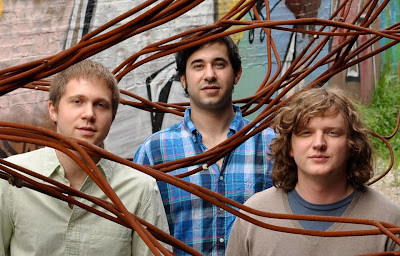 Good Ol' Freda Update: It looks like Freda Kelly and the filmmakers behind the documentary about her days of overseeing the worldwide Official Beatles Fan Club are going to reach

their Kickstarter fundraising goal. Good Ol' Freda has until this Saturday to pick up $50,000 in pledges, and as of today the total is at $49,631. There’s still time to jump in and be part of the fun. There are perks for making a donation.

And now on to some local band CD reviews that I originally did for the Illinois Entertainer.

Save The Clocktower employs various methods for bringing a distinctive edge to each of the lush techno songs on its second release, Carousel. “Drip” opens with a flourish of synthesizer playing, and is infused with middle eastern rhythms. “The One Thing” uses vocal distortion similar to Tom Tom Club’s “The Man With The 4 Way Hips” in a sinister tale of stalking, while the shimmering “Far Apart” mixes ethereal voices and a dance club beat.

People familiar with Jonathan Rundman’s catchy pop songs may be surprised by the exotic instrumentals he creates with violinist Sara Pajunen as part of the Finnish-American folk duo, Kaivama. Their self-titled debut CD mixes originals like the ornate “Nonstop” and more energetic “Edina Speedtrap” with traditional folk tunes that evoke images of festive dancing.

There are several songs about people coping with life’s challenges on The Love Show, the latest collection of well-crafted Midwestern rock from Dan Hubbard & The Humadors. A husband consoles his wife about their economic woes on the acoustic “We’ll Be Fine,” while the guy in the rocking “Beautiful Bar” finds relief in a few beers. “Don’t Take Me Now” and “All I Want Is You” are prime examples of Hubbard’s gift for creating engaging love songs.