I’m Going To A Masquerade. Would You Care To Join Me? 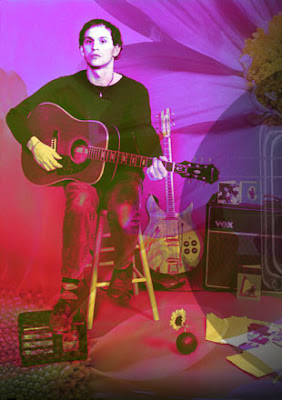 One of the more interesting options for Halloween entertainment this year is the two-day tribute band showcase coming up at The Abbey Pub on Chicago’s northwest side. Several local acts will be performing as famous bands on Friday, October 30th and Saturday, October 31st.

Some of the local acts will be familiar to anyone who has been at The Abbey for International Pop Overthrow. Singer-guitarist Phil Angotti, who formed the power pop band The Idea several years ago and has worked on solo projects, will be performing as Squeeze on the 30th. As a member of The Beatle Brothers, Angotti is an old hand at these tribute things, and he’s also performed shows as The Zombies and other British Invasion bands. Also on 30th, the melodic punk band Penthouse Sweets will be covering the Sex Pistols. The Penthouse Sweets’ two song CD, with “We Were High” and “Dark Eyes,” suggests they should be up to the task.

Tomorrow The Moon, a new side project from The Bad Examples guitarist-vocalist Steve Gerlach, will offer their take on The Psychedelic Furs on the 31st. The energetic songs on Tomorrow The Moon’s debut, He Saw Red mix guitars and synthesizers, so this looks to be an entertaining set. Tiny Speakers, a new trio fronted by former The Its! vocalist-guitarist Eric Quinlan, will perform as The Everly Brothers on the 31st. It should help that all three members of Tiny Speakers sing. The Webstirs, who have several strong power pop albums to their credit, will be doing Fleetwood Mac on Saturday, along with roots rock band The Delafields, who will be playing The B-52’s. The Delafields cite R.E.M. and Johnny Cash as major influences, and the well-crafted songs on their MySpace page support that claim. Maybe The Delafields would rather have covered R.E.M., but Chris Dorf and Friends will be doing that on the 30th.

I must confess to not being able to find any info on Mr. Dorf, or Pleezer, who will be performing on the 30th as Weezer. Ditto for Benge & Short, who will be covering Elvis Costello and Nick Lowe on the 30th: Androgynous Mustache, who’ll tackle The J. Geils Band on the 31st; and The Shaking Hand, who’ll be rocking out as AC/DC on Halloween. The only thing I know about Broken China, who will be performing as The Bangles on Friday, is that the name might be a reference to a solo album by Pink Floyd’s Richard Wright. It’s possible some of these acts have come together just for these tribute shows. If anyone has info on them, I'd be glad to post it. Even with the various unknowns, the tribute band weekend at The Abbey looks like a great time. And besides, what’s Halloween without a little mystery? See the Abbey Pub online for information.