31 Songs For Halloween - October 20th: “Into The Maelstrom” 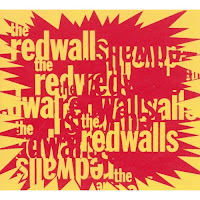 Nothing is more frightening to a rock band than to find out their record company doesn’t love them anymore. Such was the case with the Midwestern power pop band The Redwalls back in 2007. Despite the critical success of the band’s Capitol debut De Nova, the record company lost interest in releasing a follow-up. The Redwalls quickly hopped to the indie label MAD Dragon and put out a new, eponymous CD. Listening to The Redwalls, you have to wonder if Capitol had decided the music was just too spooky. In addition to the punchy rock of “Hangman” and the Pink Floyd inspired “In The Time Of The Machine,” the CD offered the high speed tale of invading spacemen, “They Are Among Us,” with its panicked refrain of “Save your wives and your children now!” “Into The Maelstrom” was even more unsettling, opening with the lines, “As I went out into the night./I came upon the strangest sight./It was a path so dark and dim./As I got close it seemed to pull me in.” The Redwalls conjured an exotic, guitar-driven arrangement that also included strings, resembling Led Zeppelin’s “Kashmir,” only more frantic. As the music swirls out of control, lyrics like “The fear was more than I could take” and “No one can help me out in here.” convey a growing sense of despair as the ground gives way and darkness closes in. Still, the growling vocals and energetic musicianship make “Into The Maelstrom” an exciting psychedelic adventure on an album that proved The Redwalls were still at the top of their game.