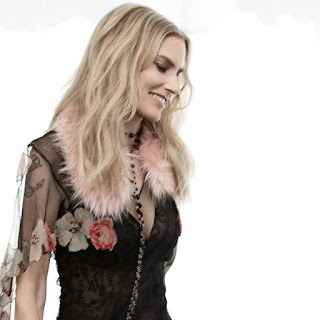 Tickets went on sale today for Aimee Mann’s 18 and over concert on April 29 at Park West. Jonathan Coulton will be her opening act. Mann’s latest album Mental Illness is due out March 31.

Other concerts that went on sale today include Green Day and Catfish and The Bottlemen at Wrigley Field on August 24; Jayhawks at Thalia Hall on April 29; and New Pornographers and Waxahatchee at Metro on April 19 and 21.

John Cleese of Monty Python's Flying Circus and Fawlty Towers fame, will be on hand at the Chicago Theatre this Sunday afternoon for a screening of Monty Python And The Holy Grail.

You can go your own way but you’ll sell more records if you join forces with a former bandmate. The Chicago Tribune recently picked up an article from the L.A. Times by Randall Roberts about the new collaboration from Christine McVie and Lindsey Buckingham. It will be released later this year.

Go Time! has a record release show for its new 18-track album VI coming up next Saturday, January 28 at The Uptown Lounge. Mama YaYa is the scheduled opened act.

Chicago-based alt-rock band whitewolfsonicprincess is hosting its first Rock ’N' Roll Circus event next Sunday, January 29 at The Red Line Tap. Other acts on this eclectic showcase include The Dark Room Men, KC Cronis, and The Hens.

Red Eye, the Chicago free paper I’ve often used as a source for entertainment news here on BHT, will stop its daily editions and switch to a Thursday-only issue that will concentrate on dining and entertainment. If that schedule sounds familiar, it’s because it’s the one two of Chicago’s other free papers, The Reader and New City, have used for decades.

Artist/critic Robin Dluzen’s solo exhibition Wreath of Roses runs January 23 through February 23 at Harper College in Palatine. Her sculpted and drawing-based pieces comprise industrial and recycled materials and follow the theme of “home.” There will a reception for the artist 12:15 p.m. on Wednesday, February 8.

Superior Donuts, the new TV series based on Tracy Letts’ play of the same name, premieres on CBS on February 2. Many Chicagoans still remember the productions staged here featuring Rich Cotovsky of Mary-Arrchie Theatre.
Posted by Terry Flamm at 10:54 PM