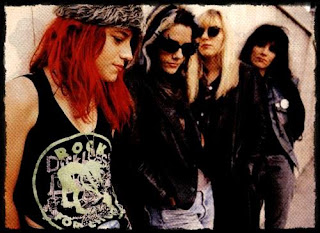 Bryan Ferry will make his Ravinia debut tomorrow night in a show that’s bound to be soulful, seductive, and very classy.

Taste Of Lincoln Avenue arrives a bit late this year, but it will still feature two days of live music on four stages between Fullerton and Wrightwood. Gin Blossoms, G Love And Special Sauce, Catfight, and Dan Hubbard are among the acts scheduled to perform.

The Bad Examples promise they’ll have some new songs when they perform tomorrow night at Frankie’s Blue Room in Naperville. The first set starts at 8:00 PM. Longtime fans still have time to get a vinyl reissue of the band’s 1991 debut album Bad Is Beautiful via a PledgeMusic campaign.

Toots And The Maytals will headline Reggae Fest Chicago 2016 next Saturday, August 13. The event, which is being billed as “One Day, One Love!,” will be held at Addams Medill Park at 15th Street and Loomis. Other performers include Lee “Scratch” Perry, Dauby Taure, and Iration.

Heavy Manners lead vocalist Kate Fagan is set to re-release her 1980s solo effort I Don’t Wanna Be Too Cool on August 8. She’ll be a special guest at the Neo New Wave Thursdays Haven at the Debonair Social Club on August 11.

According to an ad in The Reader, Theater Zuidpool will bring “Belgium’s greatest rock musicians” to Thalia Hall for a two-night run of its hard rock adaptation of Macbeth on August 21 and 22. The production is being presented by Chicago Shakespeare Theater and Thalia Hall. Tickets start at $28.

Steve Johnson’s extensive look at “Here’s Johnny: The Making Of The Tonight Show Starring Johnny Carson” in yesterday’s Chicago Tribune serves as a reminder that the exhibition ends its run at the Museum of Broadcast Communications in mid-October. With its collection of costumes, clips, and artifacts, this looks like a fun and nostalgic trip for those of us who grew up watching Carson on TV.

The Go-Go’s Farewell Tour brings them to Ravina in Highland Park on August 19. I listened to the band’s 2001 reunion album God Bless The Go-Go’s recently, and was impressed with how well those songs have held up. And of course, the earlier hits are still great too.

While the five woman cover band Catfight continues snag just about every outdoor festival on the Chicago area circuit, two of its founding members, Lisa Kaber and Julie Dutchak, will perform as an acoustic duo at an upcoming gig at the Edgewood Valley Country Club. I couldn’t find an exact date on this.

Lush - September 18 at The Vic

The Buzzcocks - September 22 - The Vic

The Smithereens - September 25 at City Winery

Elvis Costello’s Imperial Bedroom And Other Chambers Tour - October 29 at The Chicago Theatre
Posted by Terry Flamm at 11:06 PM