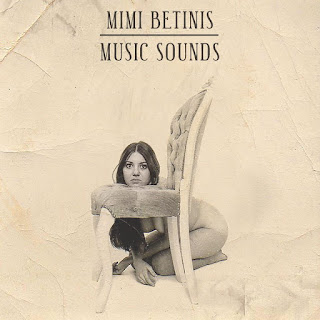 Mimi Betinis is well known to power pop fans as the lead vocalist and guitarist for Pezband, one of the very first acts to embrace the genre. In addition to performing with the group and releasing the 2014 rarities collection Dangerous People - Pezband Nineteen Hundred Seventy Nine, Betinis is also a solo artist. The recently released Music Sounds continues the approach of his 2010 All That Glitters in exploring different types of music while keeping the emphasis on strong melodies.

“This Girl” has a playful Latin feel, along with fluid piano playing and funky guitars. The techno beat of “There Is Love” is irresistible from the start, while the strings-embellished “Palm Of Her Hand” sounds like 1960s make out music. Betinis evokes Paul McCartney’s “Another Day” with the light, melodic fare of “Listen To Me Boy” and a reworked “Say The Word” from All That Glitters.

There’s also the party rock of “Most Of The Time,” a tribute to a (usually) faithful lover, while the guitar-fueled “Pontiac” takes listeners on a nationwide quest to find the answers to life’s assorted mysteries. “Sound The Alarm” taps into vintage Pezband as Betinis vows to save the world from heartache, starting with a particular woman he has in mind.
Posted by Terry Flamm at 10:21 PM