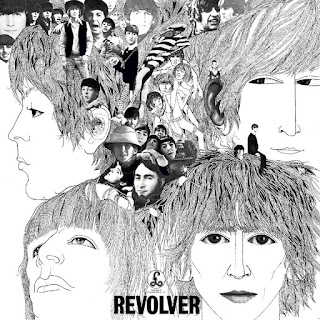 A Beatles photo to cheer up Terri Hemmert.

I wish I could say the complete absence of posts here on Broken Hearted Toy during the past week was due to my vacationing in Hawaii or taking meetings with literary agents in New York. But the truth is I was working day and night on two separate freelance proofreading assignments. Which isn't a bad thing since it helps pay the bills.

With a little help from her friends. Best wishes for a full recovery to Terri Hemmert. The longtime WXRT radio personality informed her listeners this week that she'll be undergoing cancer surgery on Monday, and will need at least a month off to recover. Although Hemmert will be taking a break from her daily shift, she has already recorded some one-hour versions of her Sunday morning Breakfast With The Beatles program (which is normally two hours long) to air over the next few weeks.

The first of those shows ran this morning, with Hemmert exuding the same upbeat attitude she expressed in her posts on the WXRT website and her Facebook page. She proclaimed that she was lucky to be in the care of expert medical people asked listeners to send out good thoughts and keep her in their prayers. A number of local musicians, including Phil Angotti and Pamela Richardson, have expressed their support for Hemmert on recent Facebook posts.

One of the reasons for Hemmert's popularity, and also a factor in her induction into the National Radio Hall Of Fame, is how deeply she connects with the community. On today's Breakfast show, Hemmert plugged the upcoming Rockin' For The Homeless fundraiser being presented by Daybreak Mission next Saturday night at the St. Scholastica Church in Woodbridge, IL. The popular 1950s/'60s cover band The Neverly Brothers will be performing. Tickets are $25 and include snacks and a cash bar. Showtime is 7:30 PM. The Neverly Brothers will likely have copies of their new double CD on sale at this event.

David Bowie released Blackstar, an experimental new album comprising long-form songs like "Lazurus" and the nearly ten-minute title track, on this past Friday.

Vinyl, a new Martin Scorsese/Mick Jagger produced drama, kicks off at 9:00 PM, February 14 on HBO. The show is set in the 1970s, and concerns a new band trying to make it big with the help of a down-on-his-luck record company executive. The trailers on the official website look promising.

I can't wait to see the imaginary golf club. A number of props, costumes, and assorted other items used by Johnny Carson during his 30-year run on The Tonight Show will be on display when Here's Johnny: The Making Of The Tonight Show, Starring Johnny Carson opens January 12 at the Museum Of Broadcast Communications in downtown Chicago. The exhibit runs through October 15th. In related news, episodes of the original Tonight Show with Carson are now being shown on the Antenna channel in Chicago each evening at 9:00 PM.

The Romantics have a June 4 gig at the MotorCity Casino Hotel as part of the annual Chevrolet Detroit Belle Isle Grand Prix. Other headliners for the event will be announced in the near future.

We gotta get into this place. Eric Burdon and The Animals have shows coming on February 15 and 16 at City Winery Chicago.

Chicago area fans of the TV show Arrow should mark March 12 and 13 on their calendars since that's when The Heroes And Villains Fan Fest takes place at the Donald E. Stephens Convention Center in Rosemont. At least eight cast members will be on hand, including Stephen Amell, Katie Cassidy, David Ramsey, and Katrina Law. Other fantasy-related shows, like The Flash, Gotham, and Once Upon A Time, will also be represented. The official website says other guests will be announced soon, and I'm hoping that Karen Gillan and John Barrowman from Doctor Who will be among them. Gillan and Barrowman will be at the New York Heroes And Villains Fan Fest, which takes place January 23 and 24 at the Meadowlands Exposition Center in New Jersey.

David Drazin, the talented musician who was a founding member of the Famous In The Future comedy group, will be playing piano while people march with their dogs on Tuesday, March 1 at the Barking Lot dog care center in Deerfield, IL. He'll providing accompaniment for silent films on March 4 at the North Carolina Museum Of Art and on February 20 at the Mary and Leigh Block Museum Of Art in Evanston.

Best wishes to Boston-based singer-songwriter Corin Ashley, who suffered a stroke last Tuesday night. In a piece written by Michael Marotta for the Vanyaland website, Ashley offers his own account of the incident and says he's been told by his doctors that he should be back to himself after about four to six weeks of physical therapy.
Posted by Terry Flamm at 9:52 PM