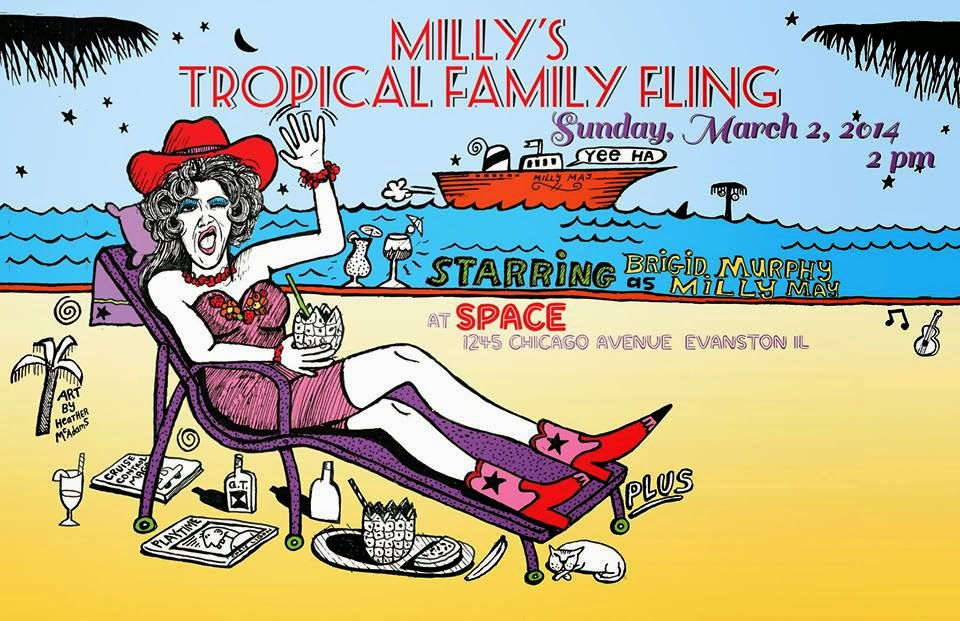 Sometimes you add the wrong spice to your Slumgullion and it comes out tasting a bit off. Yesterday, while mentioning the upcoming Back In Black CD by Archie Powell And The Exports, I noted that it probably had more power pop music on it than the Black Sabbath album of the same name. I know perfectly well that it was AC/DC who recorded Back In Black, so I have no idea why I wrote Black Sabbath. Maybe the devil made me do it. I have since gone back and corrected the error.

This is very late notice, but I just saw the post on Facebook. Milly’s Tropical Family Fling will be swinging (in a family entertainment way) at SPACE in Evanston tomorrow afternoon, starting at 2:00 PM. The performers include Frank Orrall of the formerly tropical Hawaiian now artic Chicago band Poi Dog Pondering; hula dancing by Lani Aloha and Company, tropical magic by Dennis DeBondt and tropical knife twirling by Ashley Greyer; and the teen but apparently not tropical band Nothing In Common. The Niles North Steel Pan Ensemble (directed by Michael Moehlmann) will be on hand, along with other special guests. Also, look for Brigid Murphy as Milly May to bring her own brand of homespun fun to the proceedings.

If attending Milly’s Tropical Orchid Show isn’t enough to shake the icicles from your cranium, try envisioning a pleasant evening under the stars watching live music at Ravinia. Here are some highlights from the recently announced 2014 calendar: