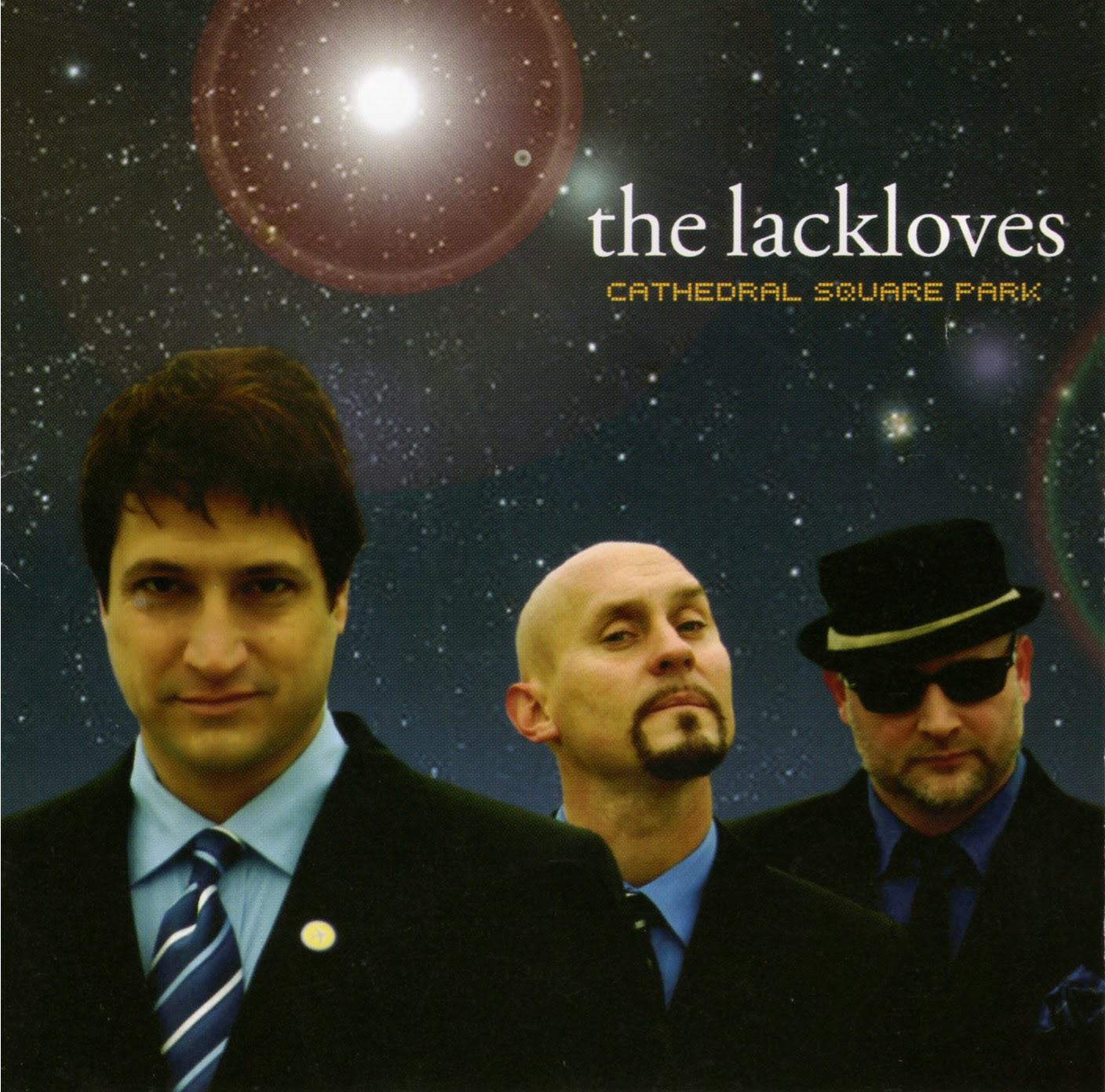 Note: I plan on posting a third installment in my review of Holly George-Warren’s Alex Chilton bio A Man Called Destruction, but it may take a few days. I still have about 100 pages to read.

The Lackloves were a power pop band from Milwaukee that changed lineups over the course of three CDs released from 2002 to 2007. Lead vocalist-guitarist Mike Jarvis remained at the helm throughout that time, and also performed as a solo artist. I caught The Lackloves a few times at International Pop Overthrow - Chicago, and they became one of the acts I would look forward to seeing each year. It would be a shame if they’re no longer around, but I haven’t been able to find any activity on their part beyond 2010. If anyone out that has any information, I’d be glad to pass it along. In the meantime, here’s a review of their 2007 effort.

The Lackloves were down to a trio when Cathedral Square Park came out, and it sounded like Jarvis, bassist-vocalist Kevin Ponec, and drummer-vocalist Tommy Dougherty sang the entire 10 tracks in perfect harmony. Their singing, along with the band’s strong melodies, evoked The Byrds on songs like “Bended Knees.” Elsewhere, Dougherty’s galloping drumbeat on “Marlena” was reminiscent of Buddy Holly. Though most of Cathedral Square Park was concerned with romantic relationships, there was often an often a mysterious aspect to the band’s lyrics. “Summer Rain,” a mid-tempo song with a chiming, 1960s style arrangement, had lines like, “You could be lost/I’m crawling into a drain,” while the high-speed “Another Kind Of Girl” added a touch of danger to cruising the bar scene. “The markings of this hunter can be hard to read/Buried under lipstick and high-heeled cheeks.” The Lackloves were just out for fun on the satiric “Space Age Romeo,” which featured sci-fi effects, as well as Ponec’s hard-charging bass playing.
Posted by Terry Flamm at 10:10 PM