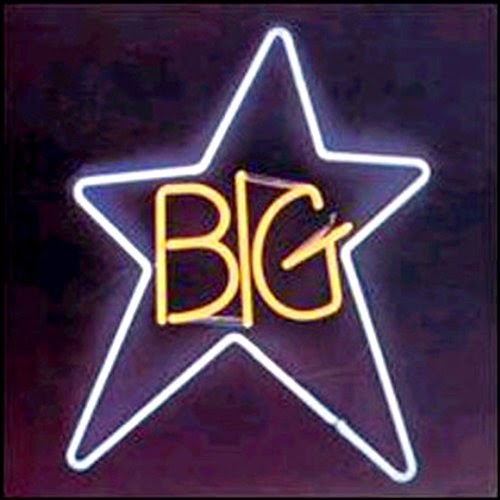 And now on to the second part of my review of Holly George-Warren’s biography, A Man Called Destruction: The Life And Music of Alex Chilton From Box Tops To Big Star To Backdoor Man,  which was released this past Monday. As noted in the book’s press release, George-Warren interviewed over 100 musicians, friends, and family members while preparing to write this biography. She also uses several quotes from Chilton himself that appeared in interviews with other writers during the later part of his career. (Chilton suffered a fatal heart attack in 2010.) The result is an honest and intimate look at this troubled but immensely gifted rock star.

After the demise of The Box Tops, Chilton briefly performed on New York’s folk club scene, preferring to come across as an anonymous folkie rather than try to cash in on the success of his previous band. While in New York, he would reconnect with Chris Bell, a singer-guitarist he knew back in his earlier days in Memphis. Like Lennon and McCartney or Crosby, Stills and Nash, Chilton and Bell discovered a certain magic was created when their vocals blended together. Heading back to the Memphis area, they would soon put together a band that included bassist Andy Hummel and drummer Jody Stephens.

Dubbed Big Star—a boastful name Stephens feared would come back to haunt them—they began work on an LP’s worth of music that had more in common with The Beatles and other 1960s artists than the current 1970s trends of heavy metal or disco. As documented by George-Warren, people like Executive Producer John Fry, studio technicians, and other musicians who assisted with the recordings viewed songs like “The Ballad Of el Goodo,” “Thirteen,” and “In The Street” as being exceptionally good. Unfortunately, the sessions were also marked by increased tensions among the Big Star members, particularly Bell and Hummel. They not only got into fist fights and shoving matches, they also vandalized each other’s instruments. Bell’s deep-rooted insecurity also caused jealousy toward Chilton and even other groups who happened to be recording at the same studio. Still, a strong belief in the music they were creating kept the band members together.

Once Big Star’s debut, #1 Record, was released, the hubris payback Stephens had worried about seemed to take a stranglehold on the album’s success. Distribution problems made it difficult for Big Star’s already growing fan base to purchase copies, and radio programmers were reluctant to add songs from #1 Record when it didn’t seem to be selling. Meanwhile, rave reviews in the alternative and mainstream press continued to roll in. The frustration for Chilton, Bell, Hummel, and Stephens must have been unbearable. #1 Record went on to become a legendary album that critics hailed, musicians admired, and almost nobody was able to buy.

Brokenhearted by the lack of commercial success for #1 Record, and convinced that Alex Chilton was receiving too much credit from the critics, Bell decided to leave the band to pursue a solo career. The remaining three members considered calling it quits, but soldiered on and were able to produce a second effort that should have been a rousing success. Amazingly, Radio City, which included the classic “September Gurls,” would suffer the same distribution entanglements as its predecessor, and not make much of a dent in the charts. Big Star would eventually release another effort, Third/Sister Lovers, that would find Chilton taking control with an avant garde approach while battling his inner demons.
Posted by Terry Flamm at 9:14 PM