DVD Review: Big Star: Nothing Can Hurt Me 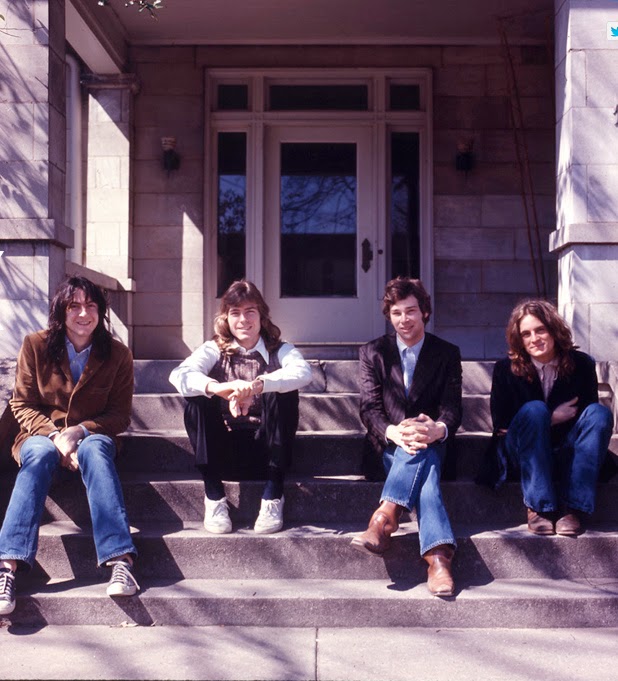 By coincidence, I received an advance copy of Holly George Warren’s Alex Chilton bio A Man Called Destruction (official release date: March 24th) around the same time I took out the DVD Big Star: Nothing Can Hurt Me from our local library. I’ve been reading the book on the train ride to and from work—looking to post a full review in the near future—and watching the documentary at night. The two complement each other nicely, and it’s tempting to suggest that anyone unfamiliar with Big Star also listen to the Nothing Can Hurt Me soundtrack or Playlist: The Very Best Of Big Star before watching the documentary.

Magnolia Pictures and September Gurls Productions, in association with Ardent Studios and Omnivore Entertainment Group, has created a heartfelt tribute that should resonate with fans of this 1970s pre-power pop group, but it might leave newcomers scratching their heads. There’s not much live performance footage in the documentary, so most of the songs are presented in audio snippets. Even the 1990s reincarnation, when Jon Auer and Ken Stringfellow from The Posies joined forces with original members Alex Chilton and Jody Stephens, is barely shown. It could be the producers were more intent on creating an emotionally charged, behind-the-scenes look at how the members of Big Star created their now legendary debut #1 Record at Ardent Studios in Memphis. In that respect, Nothing Can Hurt Me is a complete success.

Critics, musicians and technicians involved in the LP’s production, including the very hands-on studio owner John Fry (who’s also an Executive Producer of the film), provide information and insight about band members Alex Chilton, Chris Bell, Andy Hummel, and Jody Stephens. Chilton and Bell are remembered as having been the highly talented but volatile twin engines driving Big Star, which inevitably caused friction between the two of them. Both had died by the time Nothing Can Hurt Me was being made, so the more recent commentary from band members comes from drummer Stephens and bassist Hummel. Sadly, Hummel passed away from cancer before the documentary was finished.

Overcome with jealousy when Chilton was cited by many critics as being the genius behind #1 Record and gravely disappointed by the album’s less than stellar sales, Bell chose to strike out on his own. Nothing Can Hurt Me simultaneously follows his attempts at a solo career while showing how Chilton took almost complete control of Big Star. Bell was killed in an auto accident when he was 27 years old. Chilton would have his own mental health issues, but eventually recovered and enjoyed a revived career up until suffering a fatal heart attack right around the time he was preparing to perform at South By Southwest in 2010.

Throughout Nothing Can Hurt Me, a number of current musicians, such as Cheap Trick, The Flaming Lips, Robin Hitchcock, Mike Mills from R.E.M., and Paul Westerberg from The Replacements talk about how much they were influenced by Big Star. While the title of this documentary may seem ironic given the emotional turmoil and frustrations experienced by the members of Big Star, maybe what it truly refers to is the band’s legacy.
Posted by Terry Flamm at 9:51 PM