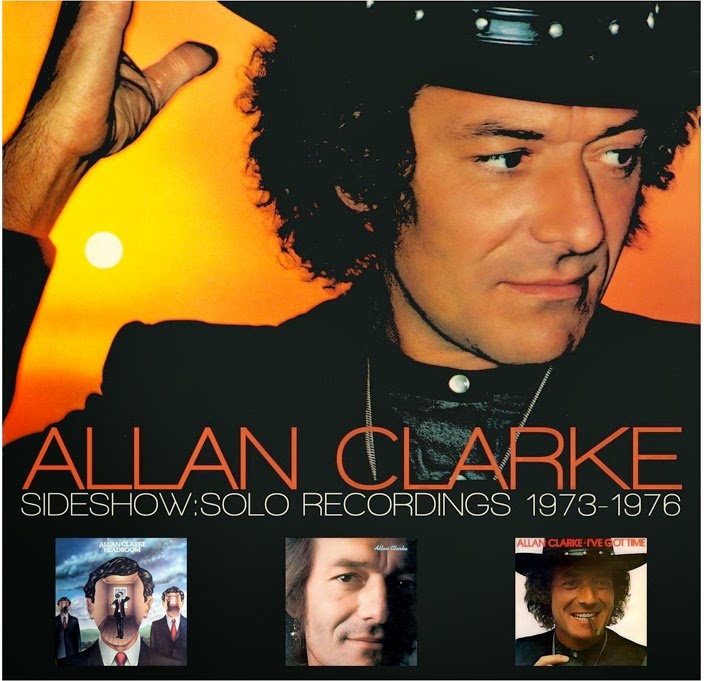 First a quick recap of some shows that were mentioned in last week’s Slumgullion that are taking place this weekend: Magatha Trysty will be part of a showcase tonight at Metro that also includes Hero Monster Zero, The Lost Brigade, Jeff Brown And The New Black, and Kathy Grenholdt. * “Heroes” The Music Of David Bowie takes place at Parlour at 6341 N. Clark Street tomorrow night. Admission is $7. * Led Zeppelin 2 will be performing Zep’s landmark double LP Physical Graffiti in its entirety at House Of Blues tomorrow night.

Whitewolfsonicprincess, led by vocalist Carla Hayden and vocalist-guitarist James Moeller, will be part of a triple bill that also features The Telepaths and Audiobon at Phyllis’ Musical Inn tomorrow night. The music starts at 9:30 PM.

Singer-guitarist John San Juan of The Hushdrops and a number of local musicians will perform John’s People Presents George Harrison: All Things Must Pass on March 30th at The Old Town School Of Folk Music on Chicago’s north side. The tribute to Harrison’s landmark 3-LP set was previously done at FitzGerald’s in Berwyn.

Best wishes to Metro owner Joe Shanahan in his battle against tongue cancer. Shanahan’s recent announcement to his staff, as well as an article in the Chicago Tribune, has resulted in a flood of supportive messages on Facebook. For more than three decades, Shanahan and Metro have offered performances by some of the biggest names in cutting-edge rock.

Over in England, EMI has just released a 2-CD set of Allan Clarke’s solo work. Sideshow Solo Recordings 1973 - 1976  chronicles Clarke efforts while he was on hiatus from The Hollies. (Once he went back, he would stay with them through the year 2000.) The collection shows how Clarke discovered Bruce Springsteen earlier than a lot of people in America did, and includes his covers of  “If I Was The Priest,” “Blinded By The Light,” and “Born To Run.”

The Bangles will be performing at the 31st annual SunFest in West Palm Beach Florida on May 3rd. Blues Traveller, Goo Goo Dolls, and Dropkick Murphys are also on the bill. The weather will probably be nice considering this in Florida. Here in Chicago, we’ll probably have a chance of flurries. But we still want The Bangles to perform here.

Red Rocker for relief. Veteran hard rock vocalist-guitarist Sammy Hagar and Metallica vocalist-guitarist James Hetfield have joined forces to present the first annual Acoustic 4-A-Cure benefit in San Francisco on May 15. The duo has lined up an impressive group of musicians to help out, including Nancy Wilson from Heart, Billie Joe Armstrong from Green Day, guitar instrumental wizard Joe Satriani, Pat Monahan from Train, and others. The concert will be held at The Fillmore  and benefit the Pediatric Cancer Program at UCSF Benioff Children's Hospital.
Posted by Terry Flamm at 11:41 AM