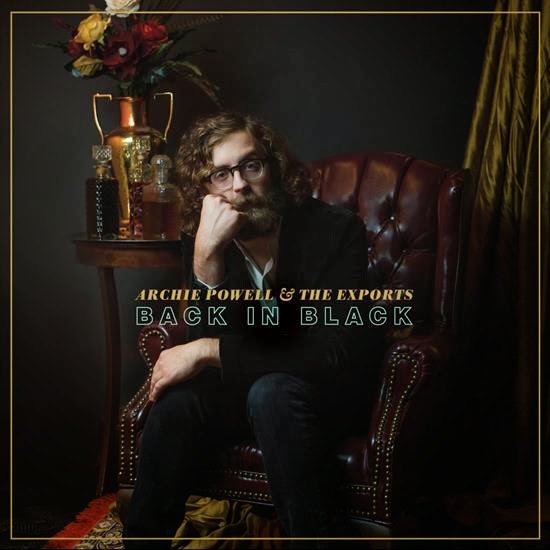 Note: On yesterday’s post about the Chiditarod, I mentioned that it would be wrapping up at the Bottom Lounge on Lake Street. The Chicago-based mobile charity event has since changed its final destination, so anyone interested in going should check out the official Chiditarod website for route information.

Archie Powell And The Exports, a long-time favorite here at BHT, kicked off a U.S. tour today in anticipation of their next CD. Back In Black, which no doubt has more acerbic power pop than the AC/DC album of the same name, will drop on April 28th. The Back In Black Tour has dates in Hot Springs and Little Rock, AR; St. Louis, MO; Lawrence, KS; Fort Worth and Austin, TX; Lexington and Louisville, KY; and Indianapolis, IN. Several of those dates will be with indie rockers The Damn Choir, who recently released their own CD, Creatures Of Habit. By the way, Marty Kane, formerly with the Chicago synth rock band Dot Dot Dot, is the new drummer for The Damn Choir.

Dave Davies will be performing at the Barbican Hall in London on Friday, April 11th. According to his Facebook page, this will be the Kinks guitarist’s first UK concert in 13 years. I saw Dave Davies and his band (featuring members of The Jigsaw Seen) last summer at an outdoor gig in Chicago, so I know the citizens of London are in for a treat.

Australian singer-multi instrumentalist Joe Algeri continues to keep a hectic schedule. He’s a member of the international power pop trio The Britannicas, who are wrapping up their next full-length effort, and he’s just released a new five-song EP Love Dumb. I’m hoping to post a review in the new future.

Do you know what they call a birthday card in England? A birthday card. If you still remember a joke similar to that involving a chair on the Dick Van Dyke Show, then you might want to send a card to Jeremy Clyde of the British Invasion act Chad And Jeremy. They’re still out touring, and when I saw them last August at Fest For Beatles Fans - Chicago, they put on a great show. Jeremy turns 73 on March 22nd, and the duo’s management is asking fans to send greetings to the following address: Jeremy Clyde c/o F. Jason Rhoden 13513 Greentree Dr. Tampa, FL. 33613

There’s a nice profile and some performance footage of the power pop/rock band Aaron Fox And The Reliables on The Almanac Mag online magazine.

Sabers, a new band led by Josh Chicoine of the eccentric pop band The M’s, has an album release party for its debut, Sic Semper Sabers, coming up on March 22nd at The Hideout. The Sabers lineup also includes veterans of Poi Dog Pondering, Head Of Femur, and The 1900s.
Posted by Terry Flamm at 11:04 PM