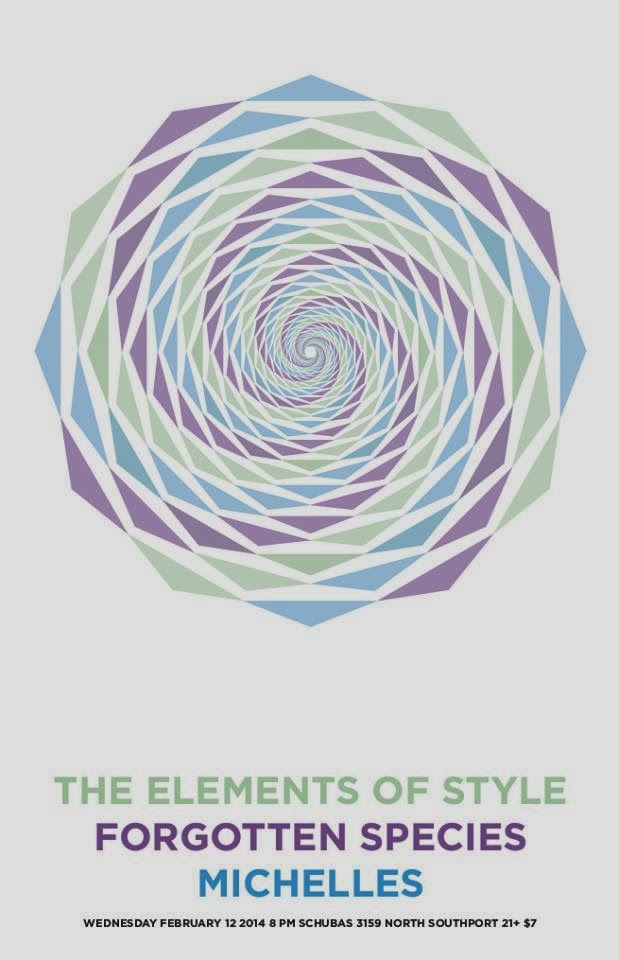 The original plan for last Friday’s Slumgullion was to offer a mix of Beatles’ U.S.A. Invasion Anniversary celebration tips along with other the usual eclectic observations from the entertainment world. But the Fab Four 50 stuff overwhelmed the column, so I figured I’d post a separate Slumgullion on Saturday. I wasn’t able to get around to doing that, so here a few of those stranded bits.

Juliana Hatfield sang, “When it comes around, when it comes” with such anticipation in her song “Spin The Bottle.” She could have been waiting for International Pop Overthrow, which kicks off its 2014 run at The Sail Inn in Phoenix on March 29th. The 12 acts performing include Rough Tough Dynamite, Green Line Operator, Lemon Krayola, and Ed Masley from The Breakup Society. Soon after that, founder/CEO David Bash brings his traveling showcase of power pop and indie rock acts (the lineup changes for each location) to Chicago for series of showcases from April 10th through the 19th. IPO will hit a total of 16 cities this year, including New York, Los Angeles, Liverpool, and London. The website doesn’t have any specific info on which acts will be performing at this other cities, but it’s a good idea to check it out from time to time, so you can plan ahead.

The Elements Of Style, are one of the many acts I’ve enjoyed over the years at International Pop Overthrow - Chicago over the past few years. The innovative indie rock band has a gig coming up next Wednesday at Schubas. A recent post from The Elements Of Style on Facebook noted it might be their last show for a while. Forgotten Species and Michelles are also on the bill that night.

It was fun hearing air personality Terri Hemmert’s breathlessly enthusiastic phone to the Lin Brehmer show on WXRT this morning. Hemmert was reporting on the time she spent at Fest For Beatles Fans - New York, which was dedicated to 50th Anniversary of The Beatles coming to America. I’m just hoping she used her influence with the organizers to get them to include some of those special features (particularly the recreation of The Cavern Club) when Fest For Beatles Fans comes to Chicago this August.

Dublin-based Beatles artist Georgina Flood has quickly become a favorite among visitors to Fest For Beatles Fans. She’s organizing a Celebration of George Harrison’s 71st Birthday on February 24th. Be sure to post something to honor the quiet Beatle on that day.
Posted by Terry Flamm at 11:08 PM