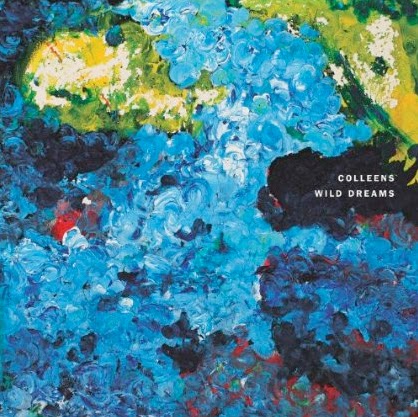 The Harter brothers couldn’t help but bring their day jobs into this self-produced debut from their band, Colleens. They work as recording engineers and producers at KHM Studios in San Antonio, Texas. Plus, singer-guitarist Josh and drummer Jon perform with two former clients whose musicianship had impressed them—bassist Deric Wynne and guitarist Jackson Floyd. Together, they bring an easy-going indie rock vibe to Josh Harter’s songs on Wild Dreams, with an occasional foray into harder or more soulful material.

“About You” and “Maybe We’ll Fall In Love” evoke Wilco with fetching melodies and offbeat lyrics about the twists and turns of romantic relationships. Colleens find a way to incorporate a pedal steel guitar sound into the seductive rhythm and blues of “Don’t You Remember Love,” while the acoustic “No Flowers” mixes Josh Harter’s hushed singing with a haunting string arrangement. At seven minutes, the title track makes for an epic finale, but “Second Century Home,” with its hard-hitting guitars and quick rhymes, might be the strongest track on Wild Dreams.
Posted by Terry Flamm at 9:54 PM