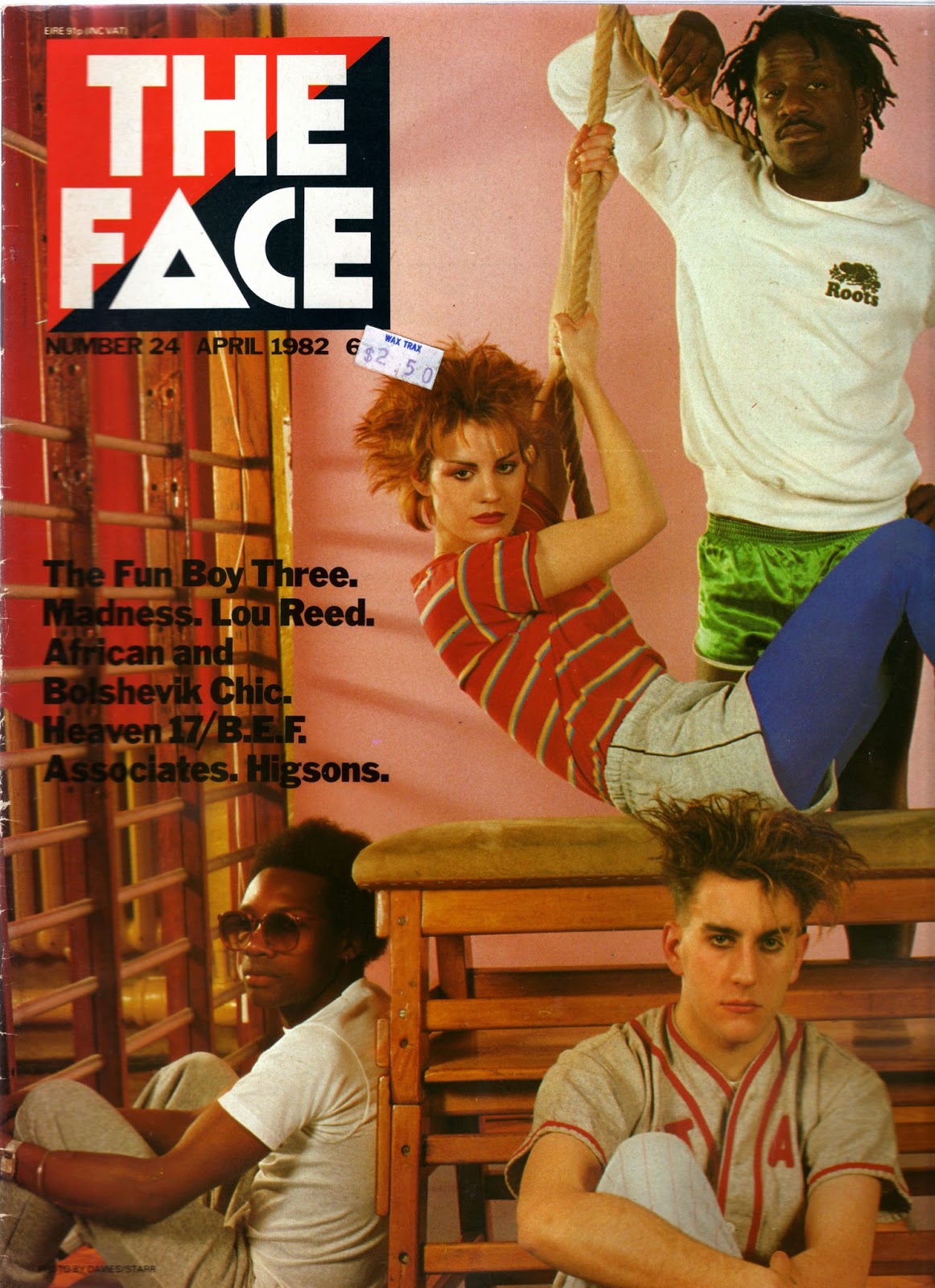 Although I never sported a hairstyle inspired by A Flock Of Seagulls or wore outfits like the guys in Duran Duran, I immediately embraced New Wave music and have liked it ever since. It was easy to feel at least a certain amount of alternative cred browsing through rows of 45 records at Wax Trax! on Lincoln Avenue. The store also had a good selection of magazines and newspapers from around the U.S. and England.

The London-based publication The Face, which presumably took its name from Mod slang for a cool trendsetter, covered cutting-edge music, film, fashion, and politics. The front cover of this April, 1982 issue featured the U.K. ska band Fun Boy Three working out at a gym, along with a member of Bananarama. The two acts had recently joined forces for an enticing and rhythmic take on the 1960s song “Really Saying Something” by the Velvelettes.

Publisher/Editor Nick Logan and designer Neville Brody favored a mostly black and white look for The Face’s graphics, with occasional full-color photos. This issue cast a spotlight on African and Bolshevik fashions, and there was an article about collecting vintage toys. Political columnist Julie Burchill, who judging from the Letters column, was no stranger to controversy, traveled back to The House Committee On Un-American Activities battle with Hollywood’s elite.
Posted by Terry Flamm at 11:06 PM