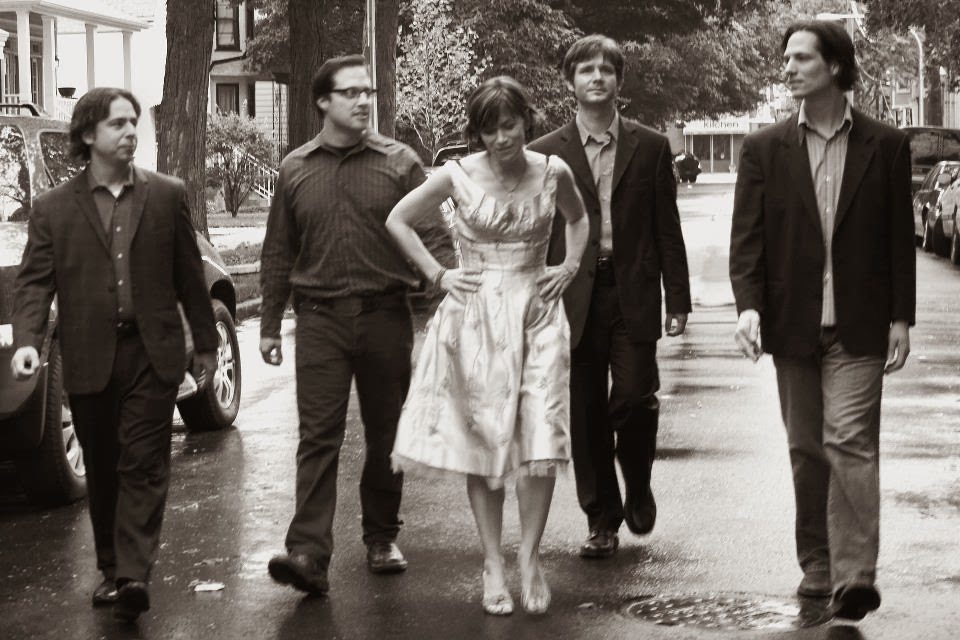 Ready for her moment in the limelight. Photo from Dolly Varden’s Facebook page.

Here are a few things going on tomorrow night in the Chicago area.

When Dolly Varden performs as part of a double bill tomorrow night at FitzGerald’s in Berwyn, there will be something about the show that even long-time fans haven’t seen before. The alt rock/Country and Western band has always been known for the exquisite harmonies of vocalist-guitarist Steve Dawson and his wife, singer-guitarist Diane Christiansen. Tomorrow, Christiansen will get extended time front and center.

“We’ve talked about doing a show like this for a long time,” Dawson notes on the Dolly Varden website. Some of the songs she’ll sing lead on will be her own compositions, while others will be ones penned by Dawson. “We’re going to stack a bunch of them together and give Diane the spotlight.” Dawson promises he’ll be doing his share of lead vocals too, and he plans to join singer-guitarist Phil Angotti (the other half of the double bill) for a few tunes between the sets.

In addition to performing with Dolly Varden, Diane Christiansen is an artist who frequently exhibits her work at events in the Chicago area.

A fourth band has been added to tomorrow’s American/indie rock lineup at Reggie’s in the south Loop. The schedule is now as follows: The Abbeys at 8:00 PM; Jukebox Casanova at 9:00 PM; The Harmaleighs at 10:00 PM; and The Papers at 11:00 PM. Mike Cohen of The Abbeys promises he’ll have copies of the band’s Please File Under: Twang for sale. That’s the CD that came in at Number 17 on the Broken Hearted Toy Favorite Releases Of 2013 list.
Posted by Terry Flamm at 10:13 PM