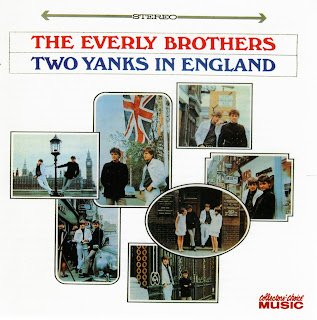 Graham Nash was able to record with his heroes, The Everly Brothers on this album.

Due to the disastrous weather conditions, Van Go’s scheduled appearance tonight at Phyllis’ Musical Inn on Chicago’s north side has been canceled. The Right Tidys and Red Wigglers will still be performing. The show starts at 9:00 PM.

Local singer-songwriters Joe Shadid, Phil Angotti, and Trevor Pritchett will be performing tributes to Neil Young, Elliott Smith, and Paul Simon, respectively, tonight at Uncommon Ground on Clark Street. Admission is $8 and the show starts at 10:00PM. By the way, Angotti posted on his Facebook page a while back that he would be covering The Zombies’ (via Billy Stewart) song “Sitting In The Park” at FitzGerald’s on January 24th, and I immediately leapt to the conclusion that he was doing another Zombies tribute show. This is not the case; he’s doing a regular gig, which will include some cover versions.

Musicians and fans are mourning the death of Phil Everly. Together with his brother Don, he formed one of the essential building blocks of rock and roll. Graham Nash writes in his autobiography Wild Tales that he first heard an Everly Brothers song while attending a school dance and was thunderstruck by the experience. By that time, he had already begun performing with his childhood friend Allan Clarke, and the two of them immediately embarked on creating a similar style of harmony vocals.

The Beatles are the best known band to have been influenced by The Every Brothers, but a quick glance through Facebook will reveal musicians such as Dave Davies of The Kinks; Pat DiNizio of The Smithereens; Joey Molland from Badfinger; Chad And Jeremy; Mike Love of The Beach Boys; and Ken Stringfellow from The Posies, as well as numerous Chicago area musicians paying tribute to Phil Everly.

Former Wings and Moody Blues member Denny Laine has a show at McCabe’s Guitar Shop in Santa Monica, CA on January 12th. Debby Peterson of The Bangles and John Wicks of The Records will be the opening act.

Nancy Wilson from Heart will be doing a Live Twitter Q & A this Monday at 2:30 PM PST. Fans can submit questions at @NANCYHEARTMUSIC  #ASKNANCYHEART.

The Arcada venue in St. Charles already has a busy first half of the year lined up, judging from a full-page ad in the January Illinois Entertainer. Cheap Trick performs there on February 6th; The Liverpool Legends tribute band, along with George Harrison’s sis, Louise, will appear on February 9th as part of a 50th Anniversary of The Beatles coming to America celebration; Mickey Dolenz will host a Monkees Party on May 2nd; Herman’s Hermits Starring Peter Noone check in on May 30th; and The Yardbirds have a gig on June 27th. A number of tribute bands are also scheduled.

A few weeks after their appearance in St. Charles, Liverpool Legends will be in Oklahoma for HELP! Benefiting The Washington County SPCA at the Bartlesville Community Center. Tickets range from $15 to $60 and audience members are encouraged to dress up in their favorite Beatles era threads.

According to veteran media critic Robert Feder’s website CBS is in the process of firing radio personality Tom Marker from WXRT. Marker, host of the weekly Blues Breakers program, has been at the station for over 30 years. This appears to be one of those ill-advised moves that corporate types feel obliged to make from time to time, and while I can’t speak for the XRT air staff, I imagine they’re pretty pissed off. Fans and members of the media have been complaining on Facebook, and a petition is circulating to get Marker rehired.

CBS should think twice before messing with the WXRT staff. From my own perspective and based on other people’s comments, the station’s playlist doesn’t command nearly the respect and devotion it once did, but listeners are still loyal to the DJs. Meanwhile, Marker is posting updates on Facebook about how much fun he’s having watching shows at Buddy Guy’s Legends club. Best wishes to Tom Marker with his career, and thanks for all those years of broadcasting.

Power pop fans can already mark their calendars for when International Pop Overthrow makes its annual visit to their town. CEO/Founder David Bash has posted the 2014 tour dates on the official IPO website. Chicago can look forward to over a week of Mr. Bash’s expertly chosen musical acts on April 10th through 19th. We’re the second stop on his worldwide (actually, America, Canada, and the UK) itinerary.
Posted by Terry Flamm at 9:00 PM