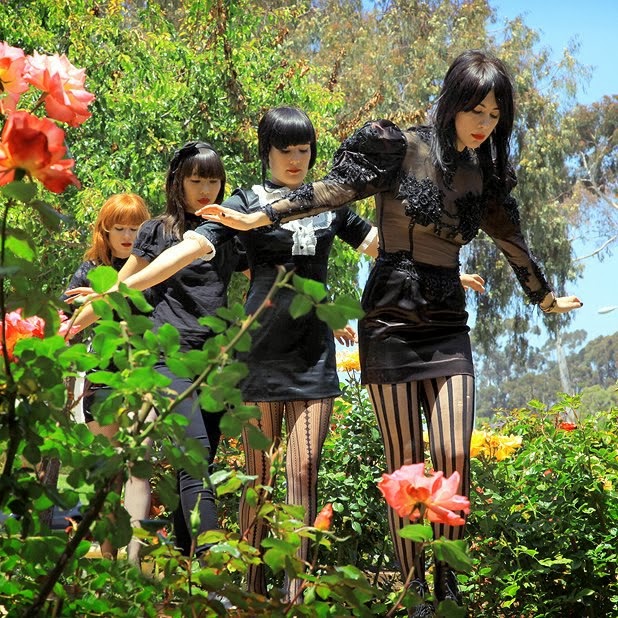 Wonder if they’ll do any Dum Human Tricks. Photo from The Dum Dum  Girls Facebook page.

A couple of things going on this week.

The Dum Dum Girls, who released their latest CD, Too True yesterday, will be performing on The Late Show With David Letterman tomorrow (Thursday) night. The band, led by singer-guitarist Dee Dee Penny, kicks off its American tour at the Backstage Bar in Las Vegas on March 8th, and will be appearing at the Coachella Festival in April. The Dum Dum Girls have a gig scheduled at The Empty Bottle in Chicago on March 31st.

Writer/performer/filmmaker Lance Eliot Adams and director Eugene S. Park are hosting a Wrap Party Open House for their short film Self-Deportation from 6:00 to 10:00 PM this Friday night at Space 1858. Self-Deportation, which was directed by Park and co-produced by Adams and Cynthia Bond, is the tale of an Asian-American reacting to racism in American society. The event will allow visitors to interact with sets Park and Brittney Williams designed for the film, and watch cast members reenact scenes. Music will be provided by Ho Etsu Taiko, and there will be beer, wine, snacks. Space 1858 is located at 1858 W. Grand in Chicago.
Posted by Terry Flamm at 11:14 PM