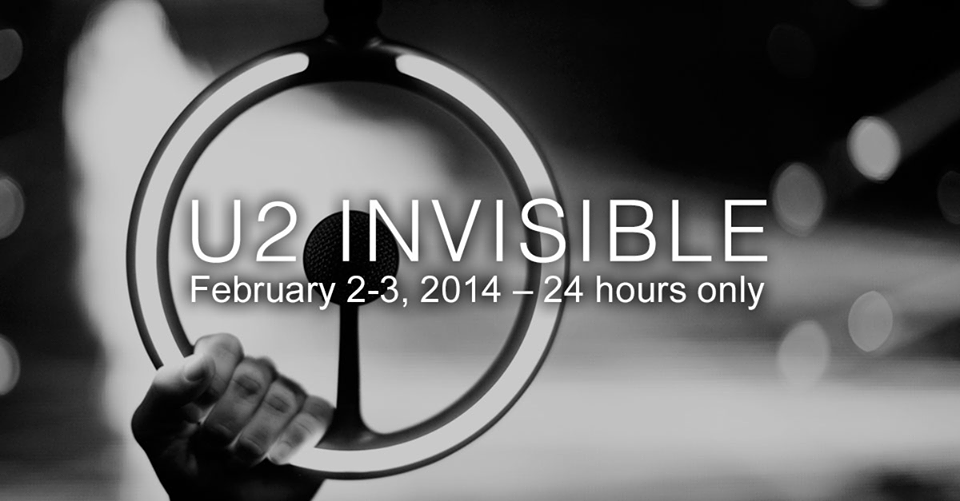 The Handcuffs will be headlining a triple bill at the 27 Live club in Evanston tomorrow night. The fun and catchy punk rockers Swimsuit Addition and The Queue, who were moving away from their original British Invasion approach when I saw the at International Pop Overthrow - Chicago a while back, are the other two acts on the bill. The show starts at 9:00 PM.

You too can help fight AIDS. I often come away from watching the Super Bowl with a feeling that the endlessly hyped TV ads weren’t as clever or imaginative as I was led to expect. It’s not as disappointing as when the Bears lost to the Colts in 2007, but it is a letdown. This year, there’s one ad I’m sure will make me happy. U2, in conjunction with (RED), the international charitable organization, is doing a spot to help fight AIDS. Fans can join in by downloading the band’s new song “Invisible” for free on iTunes on February 2nd -3rd. Bank Of America will donate $1 (up to $2,000,000) for each download to help (RED)’s quest to end AIDS.

The second annual Danstock Benefit Showcase to Raise Funds for Melanoma Research at the Robert H. Lurie Comprehensive Cancer Center of Northwest University of Northwestern University takes place next Thursday, February 6th at Lincoln Hall. Band Called Catch, American Wolf, Sabers, and DeXter, will be performing. Admission is $20, and there are VIP tickets available for $100.00.

Singer Lisa Rock will bring her tribute show Close To You: The Music of the Carpenters to Cutting Hall in Palatine on February 19th. Tickets are $30; the 90-minute music starts at 7:30 PM. People looking to have an early dinner before the show can go to the nearby Gianni’s Cafe and get 10% off their bill by mentioning Close To You. Maybe more of this sort of entertainment venue/restaurant cross pollination could increase the number of visitors to Palatine.

Chicago-based psychedelic rock band Secret Colours has released a second single from its upcoming EP Positive Distractions Part 1. You can find the guitar-driven “City Slicker” on SoundCloud and the Impose website.

On February 9th, the Rock And Roll Hall of Fame in Cleveland will be celebrating the 50th Anniversary of The Beatles coming to America with Gallery Talks in its Beatles exhibit; screening of the CNN series The Sixties: The British Invasion and The Beatles: The First U.S. Visit in its Foster Theater. The Museum will also display the Rickenbacker guitar John Lennon played on The Ed Sullivan Show in 1964.

They’ll also be twisting and shouting about that Beatles Anniversary in Louisville, where 12 cover bands will take part in Abbey Road On The River. Britbeat, The Jukebox, The Rigbys, Nervous Melvin, The Cryers, and Traveling Beatleburys will be some of the bands playing at The February ‘64 Celebration on the weekend of February 7- 9.

After recording two full CDs and a few singles, the French trio (formerly a quartet) Plastiscines will release Black XS, a 5-song EP of rock covers on February 3rd. Lana Del Rey, Air, and Wham are among the artists getting the Plastiscines treatment.

Ellis Clark and Phil Angotti have both had long careers as solo artists and with various bands. They’ve been joining forces on gigs lately, and they’ve recorded a version of The Beatles’ “I Dig A Pony” that can be heard on Breakfast With The Beatles with Terri Hemmert this Sunday morning on WXRT. The duo will be doing a Beatle tribute show at Mayne Stage in Chicago next Saturday, February 8th.

Also at Mayne Stage, Badfinger with Joey Molland has a gig on March 2nd.
Posted by Terry Flamm at 11:07 PM