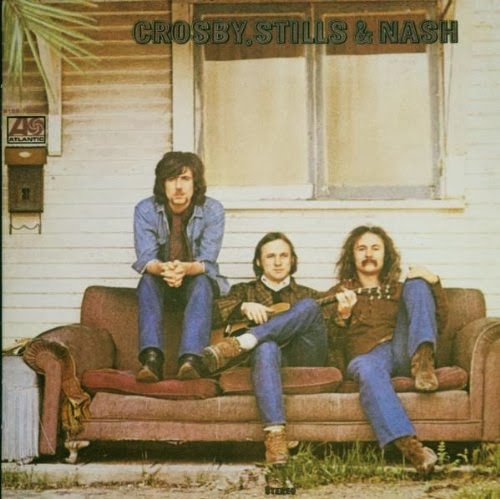 After an emotionally charged departure from The Hollies, Graham Nash found his new band mates more receptive to the ambitious direction he wanted to pursue with his music. But in David Crosby and Stephen Stills, he had aligned himself with two of rock and roll’s more volatile personalities. After Neil Young was added to the mix, the chances of a recording session or live performance going off the rails became even greater. Nash writes about a time when he attempted to restore peace during the recording of the Deja Vu album, and wound up weeping instead.

“I was twenty-seven years old. I was supposed to be a man, and here I was crying my eyes out because we were losing it—whatever it was.”

It’s common knowledge that Crosby, Stills, Nash and Young had their quarrels, but some of the incidents (and downright sabotage) Nash describes makes it hard to conceive of how these guys could go on working together. Plus, Crosby’s hellish descent into cocaine addiction left the entire band vulnerable musically and legally.

Throughout Wild Tales, Nash emphasizes his passion for creating music, so we believe him when says the bond he felt with Crosby, Stills, and Young (he offers examples of each of their incredible talent and inventiveness) was strong enough to help weather the persistent storms. An early agreement that each member would be free to pursue solo and side projects also no doubt helped ease the tension. Nash has been quoted as saying a similar arrangement probably would have saved The Beatles.

Recent years have seen Crosby, Stills, Nash and Young overcome their competing egos on stage; Crosby clean up his act; and Nash reaffirm his friendship with Allan Clarke of The Hollies. Nash also has a successful career in photography and treasures spending time with his wife and family. After all the Wild Tales, he’s probably thrilled to find things running so smoothly.
Posted by Terry Flamm at 9:11 PM