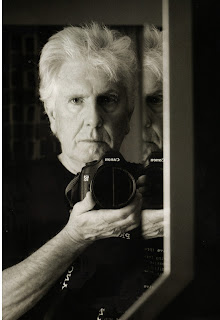 One of the many lasting images Graham Nash creates in his autobiography Wild Tales is of him singing with his father as the two of them walk together through their blighted Salford neighborhood in England. Even at that young age, he was fascinated with creating harmonies. It was a gift that would serve Nash well in making friends, particularly a classmate named Allan Clarke. Once the two lads discovered how well their voices blended together, they started performing at pubs and social functions. They were amazed the first time they heard an Everly Brothers song, and immediately decided to model their singing after those exquisite Phil and Don harmonies. Later, when Nash and Clarke formed The Hollies, they would establish a vocal sound that would help land them in the Rock And Roll Hall Of Fame by including guitarist-vocalist Tony Hicks.

Hollies fans who’ve always felt the band has been short-changed in the media will find a lot to like in Wild Tales. In addition to honoring his lifelong bond to Clarke, Nash praises Hicks and drummer Bobby Elliott as first-rate musicians. He credits Hicks with coming up with the banjo riff on “Stop Stop Stop” that, “imitated a balalaika and gave the record its inimitable sound. He’d done the same magic for ‘Look Through Any Window’ and ‘Bus Stop’ with those incredible guitar riffs at the beginning of each.” By the mid-1960s, The Hollies were intent on not only writing all their own music, but to move beyond the standard boy-meets-girl love songs.

Eventually though, Nash felt that he and The Hollies were no longer on the same page, creatively or in terms of social and political awareness. After his ambitious “King Midas In Reverse” failed to chart as well as hoped, he sensed that the other band members no longer trusted his instincts. They rejected “Marrakesh Express” and other songs he brought in for consideration. This was right around the time he met David Crosby and Stephen Stills in the U.S., who would soon steal him away for a new band they were putting together.
Posted by Terry Flamm at 10:16 AM