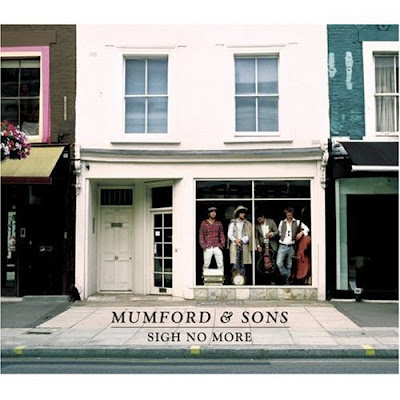 WXRT continued its longstanding tradition of having bands drop by for a chat and to play a few live songs today, as Mumford & Sons joined radio personality Terri Hemmert for about a half hour. The highly touted UK outfit, known for its provocative lyrics and homespun instrumentation, was in town for a show at Lincoln Hall, as part of its first official American tour. XRT has been playing “Little Lion Man” from the band’s Sigh No More CD quite a lot, which no doubt played a role in the gig’s sold out status. The interview, which included one live song, was an easy-going affair with a lot of laughter, and the musicians came across with warmth as well as a bit of humility.

The band members also discussed how traditional Irish and English music made its way across the ocean and gave birth to bluegrass. The banjo and accordion play essential roles in Mumford & Son’ music. They also mentioned getting sunburned during a boat ride on Lake Michigan. Mumford & Sons will get another dose of hot weather in Chicago when they return to play Lollapalooza in August.