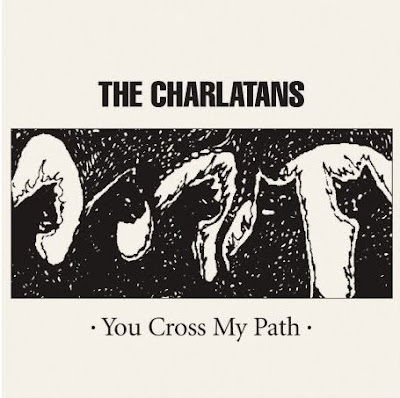 Best known for their 1989 hit, “The Only One I Know,” The Charlatans may surprise people with the diversity on their 10th album. You Cross My Path is a series of poetic observations on lost innocence and drug abuse, set to irresistible 1980s synth rock. Songwriter vocalist Tim Burgess is consistently gloomy with his lyrics, but aside from a monotonous ballad, his singing is evocative enough to make the material work.

Organ music still plays a role in the band’s sound, particularly on “Missing Beats Of A Generation,” but the real emphasis these days is on synthesizers. That enables The Charlatans to pay tribute to fellow Manchester band New Order on the catchy “The Misbegotten,” and create shimmering shoegazer music with “Bird.” The energetic “Oh! Vanity” and hard-edged “Mis--takes,” finds Burgess taking a satiric look at fame and the backstage scene, and on the ominous “Bad Days,” he notes, “It’s been too long since I told you you’re no friend of mine.”