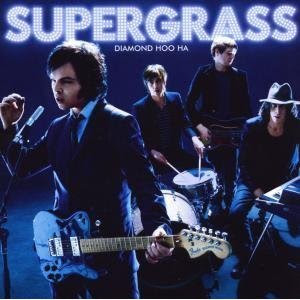 Supergrass is in the midst of its final tour ever, at least according to the latest press releases from the band. At least they went out on a high note. Their last release, 2008’s Diamond Hoo Ha, was one of their best efforts. Here’s a review I originally wrote for the Illinois Entertainer.

After experimenting with slow, orchestral arrangements on much of 2005’s Road To Rouen, Supergrass is back to its old self again. As the title suggests, Diamond Hoo Ha puts an emphasis on fun. That’s something this U.K. outfit has specialized in since the release of I Should Coco in 1995.

“Diamond Hoo Ha Man” sounds like it could have sprung from a White Stripes album, and Supergrass mounts a multi-layered comic opera with “Whiskey & Green Tea.” The energy level remains consistently high as lead vocalist/guitarist Gaz Coombes belts out a series of melodic power pop tunes like “Bad Blood” and “345.” “Rebel In You” harks back to the 1980s with its steady beat and soulful back-up vocals, while the festive piano playing on“When I Needed You” recalls Britain’s music hall days. Even the touching “Ghost Of A Friend” gets an irresistible arrangement. Overall, a gem of a comeback CD.